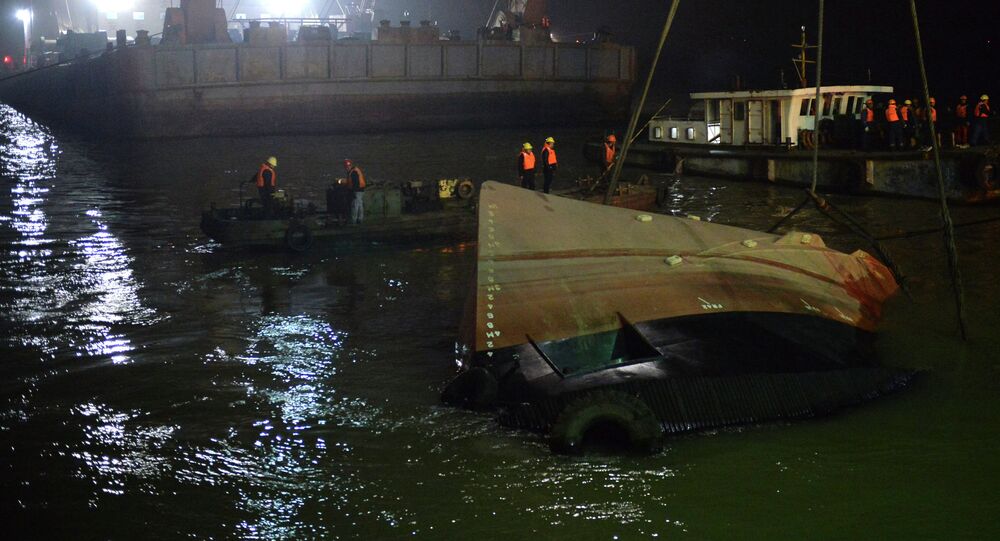 At least twenty-two people have been confirmed dead after a tugboat capsized in eastern China, officials said.

© REUTERS / Stringer
Boat Sinks in China, Leaving At Least 20 Missing, Including Foreigners
The 30-meter-long tugboat with 25 people on board was undergoing testing on the Yangtze River in the eastern province of Jiangsu in the early hours of the morning on Thursday when the accident took place, the news agency AFP reported.

It added that rescuers had lifted a capsized vessel to the surface on Saturday morning.

Meanwhile, three people have already been rescued, emergency officials said, adding that eight foreigners were among those on board, including people from Singapore, Malaysia, Japan and India.

"Only the two of us were in the cabin. We had just finished the load test of the boat's main engine when the vessel suddenly turned on its side.Water entered the boat cabin very quickly, in less than 20 seconds it was completely filled with water," survivor Wang Zhenkai said.

"As long as we have the slimmest hope, we will give a 100-percent effort," Wang Shiming, deputy head of the Jiangsu Maritime Safety Administration, said earlier  on Saturday.

The vessel was undergoing testing without reporting trial plans to the provincial government.