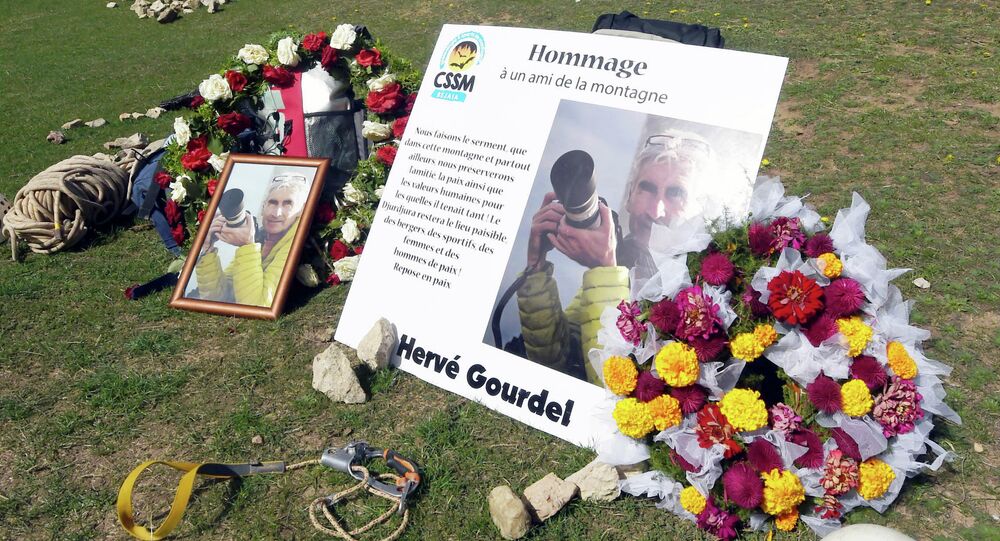 Tourist beheaded on video by jihadi group with links to IS found four months after his death.

AFP quotes army sources as saying that "The body was found buried without the head in Akbil, where Gourdel was abducted by the Jund al-Khilafa [Soldiers of the Caliphate] group."

The body was found in the course of a 3,000 troop strong operation carried out to find Gourdel's remains, launched after information was provided by an Islamic militant detained by Algerian security sources.

© AFP 2021 / RONALDO SCHEMIDT
NSA Data Shows Islamic State Plans Series of Terrorist Attacks in Europe: Reports
The 55-year-old, who worked as a mountain guide close to his home town of Nice, was abducted by the jihadist group on September 21 as he was hiking in the Jurjura mountain range in northern Algeria. According to the Independent, Gourdel was on his first trip to the peaks, across which he hoped to begin a mountain climbing route. The mountaineer had 20 years of experience of instructing fellow mountain climbers across the border in Morocco, as well as running a guiding center at the Mercantour national park in France.

"He is mad about mountains and never travels without his camera," a friend of Mr Gourdel told the Aujourd'hui en France newspaper, the BBC reported in September. "He is a very nice man, who loves nature and is passionate about his work," a colleague told the paper.

Prior to his death Gourdel was pictured in a video posted online by the militants, who demanded that France withdraw from a coalition of nations carrying out air strikes against IS targets in Iraq. Gourdel's murder was shown in a second video, seen by AFP, in which a spokesman for the group said his beheading was to "avenge the victims in Algeria… and support the caliphate," in Iraq and Syria to which the group had pledged allegiance on September 14.