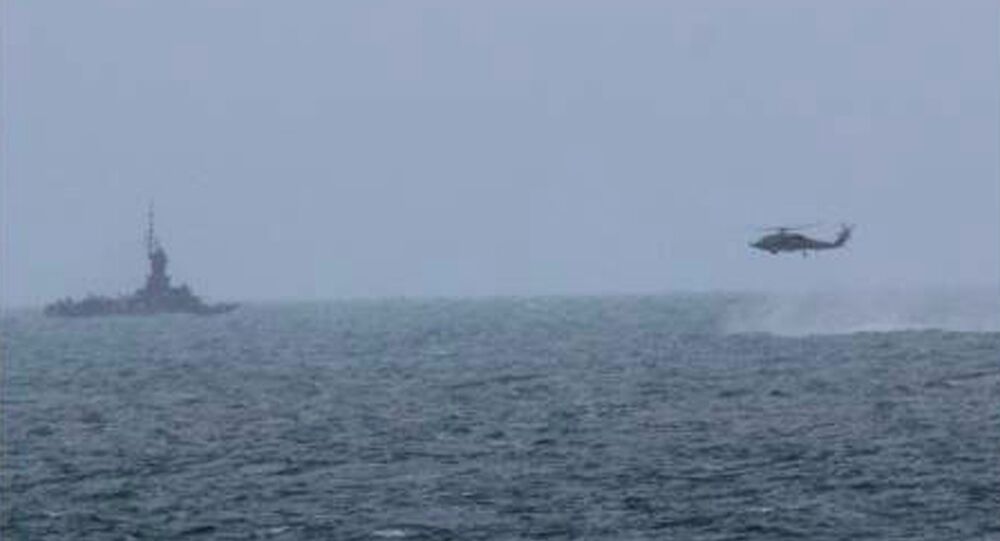 Russian rescuers are assisting their Indonesian colleagues in recovering the A320 Airbus from Java Sea, the Russian search team's head said Friday.

© Fotobank.ru/Getty Images / Ed Wray
Indonesian Navy Cannot Confirm If Found Wreckage Linked to AirAsia Plane
MOSCOW, January 9 (Sputnik) — Russian and Indonesian rescuers are working together to recover the tail section of the A320 Airbus from Java Sea, the head of the Russian search team in Indonesia Eduard Chizhikov said Friday.

All preparations necessary for the complicated technical operation were finalized earlier in the day and the disaster workers have made an attempt to retrieve the tail section of the airplane's body, Chizhikov said.

Due to deterioration of the weather conditions the operation was canceled. The next recovery attempt is scheduled for January 10.

More than 70 Russian disaster relief workers are currently in Indonesia assisting in the search and recovery of the AirAsia Airbus A320-200, which crashed into the Java Sea December 28 during a flight from Surabaya, Indonesia, to Singapore.

After takeoff, the aircraft requested permission to change altitude due to approaching heavy clouds, but was refused authorization due to air traffic in the area. The aircraft then lost contact with ground services without sending a distress signal. The Airbus carried 162 passengers and seven crew members. As of Friday, more than 40 bodies had been recovered, according to media reports.