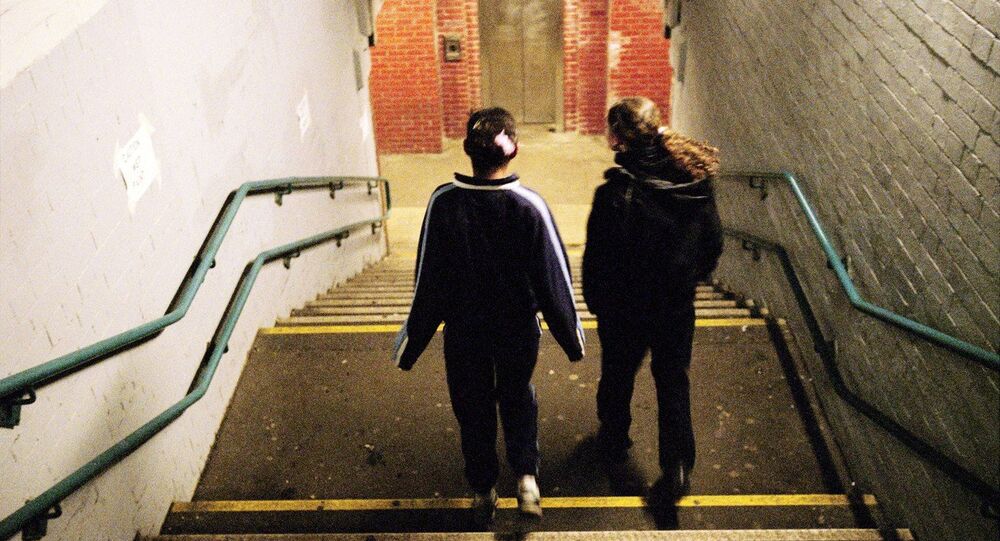 Research has shown a fourfold increase in the number of children that are housed by local government authorities in bed and breakfast accommodations for long periods because they have no home.

© REUTERS / Beck Diefenbach
Economic Recession Creating Rise of Homelessness in US
MOSCOW, December 24 (Sputnik) – The Labour Party has warned that more than 87,000 children from over 60,000 families are spending this Christmas in temporary accommodations, having analyzed statistics released by the UK Department for Communities and Local Government, the Guardian reports. In the United Kingdom, families are able to apply for emergency accommodation with their municipal governments and may be placed in local bed and breakfasts.

"These figures show the scale of this government’s failure to tackle the housing shortage, which is central to the cost-of-living crisis. It is a tragedy that so close to Christmas, thousands of families are without a home," said Emma Reynolds, Labour's Shadow Housing Minister, commenting on the figures.

According to the paper, Labour's analysis reveals that since 2010, there has been a 20 percent increase in child homelessness, and four times as many families with children were housed by their local councils in bed and breakfast hotels for more than six weeks, a practice which is against the law in the UK.

© East News / Justin Tallis
UK Immigration Numbers Reach 3,000 per Month
Statistics published on December 11 by the government showed that between July and September 2014 13,900 families became homeless, a rise of 4 percent over the same period of 2013. The study defined a homeless household as no longer having a legal right to occupy their accommodation, or having to leave because it would no longer be reasonable to live there.

Labour's announcement comes after a press release on Tuesday from homeless charity Crisis, stating that research conducted by Cardiff University on its behalf showed that half of all homeless people in Britain first become homeless before the age of 21, with the majority of those people then entering into cycle of homelessness due to a lack of initial support. The study also showed that ten percent of homeless people have never has a permanent home in their adult life.