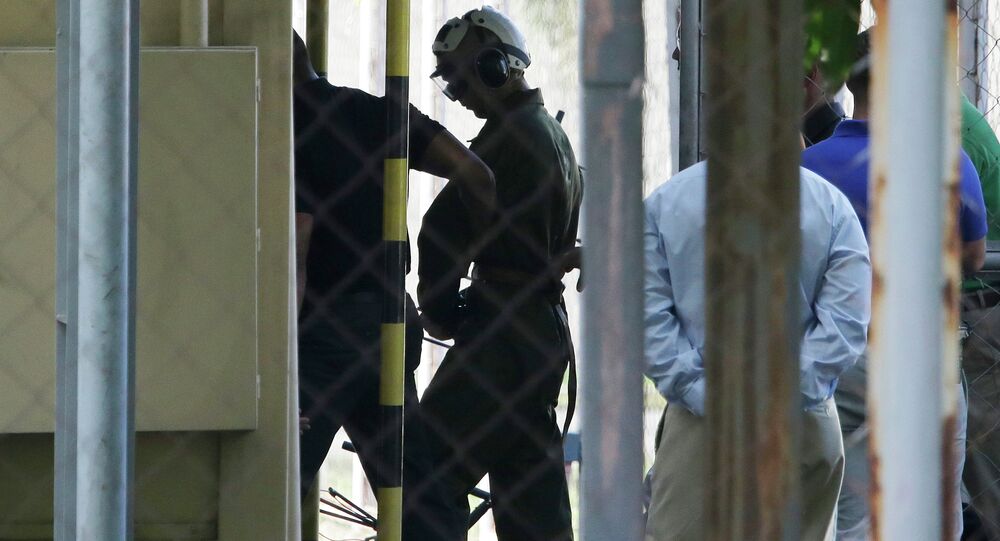 Philippine authorities have charged a US serviceman in a case which provoked anger over the special treatment of US servicemen who are accused of crimes.

© AP Photo / Bullit Marquez
US Marine Accused of Killing Transgender Filipino
MOSCOW, December 15 (Sputnik) – Prosecutors in the Philippines on Monday filed murder charges against a US Marine accused of killing a Filipino transgender woman, a case which additionally sparked a public outcry in the country over the special treatment of US military personnel who have been accused of crimes.

"We believe we have a strong case," said lead prosecutor Emily de los Santos in a televised briefing, AFP reports. "You can see the kind of cruelty she [the victim] endured, the injuries she sustained."

Jennifer Laude, a 26-year-old transgender woman, was found dead in a hotel room in the port city of Olongapo, 125km northwest of the capital, Manila, on October 12. According to AFP, the police autopsy reported that she had died from "asphyxia by drowning."

Marine PFC Joseph Scott Pemberton, 19, is accused of murdering Laude. According to Philippine news portal InterAksyon, eyewitnesses say Pemberton was not aware that Laude was transgender when they met in a bar in Olongapo the evening of October 11.

© AP Photo / A.M. Ahad
Transgender People in Malaysia Under Threat: Human Rights Watch
The case has led to outrage and street protests in the Philippines against an agreement with the US that military personnel under suspicion of a crime are kept in US custody, rather than being incarcerated by Philippine authorities. “We have our own guards, and yet they don’t seem to trust them,” Philippine Senator Miriam Defensor Santiago said according to Time Magazine, adding, "We’re in our own country, not America.”

Washington later agreed to transfer the suspect from detention on a US warship to the main camp of the Philippine military, where he remained guarded by US servicemen but with an outer ring of Filipino guards. Relatives of the victim have expressed anger at the continued presence of US forces to guard Pemberton. According to the Daily Mail, they climbed over the fence into the military base demanding to know if the marine was really being kept there.

The 1998 Visiting Forces Agreement gives Philippine authorities jurisdiction over US personnel who have committed offences punishable under the laws of the Philippines, but also dictates that those accused of a crime will remain in the custody of US authorities.