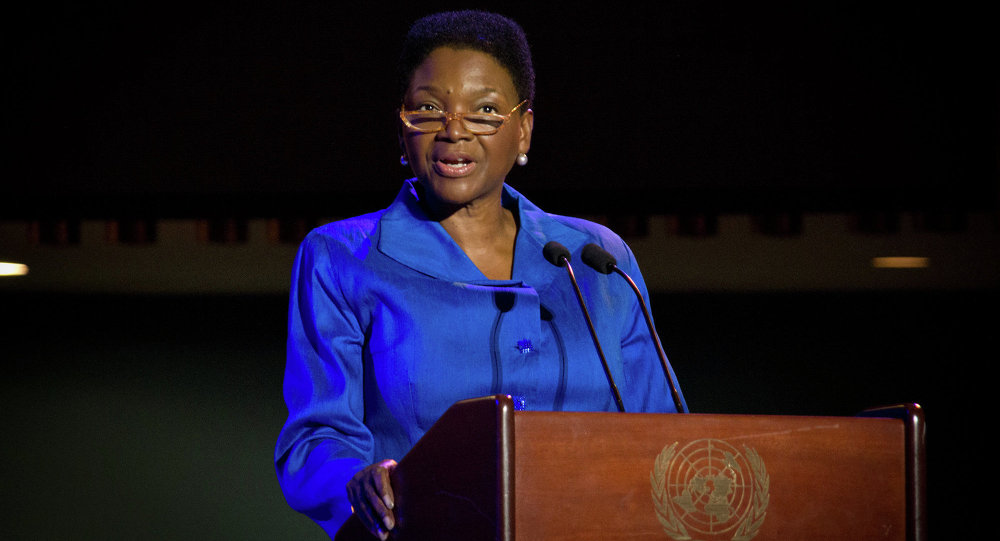 Reporting on aid access in Syria on Tuesday, UN Under-Secretary-General and Emergency Relief Coordinator Valerie Amos described to the UN Security Council abuses by the government and armed opposition groups.

Amos told the Security Council that "armed opposition groups have fired on Government controlled territory. Extensive shelling of the Al-Khalideah residential and commercial area of Aleppo city in early September killed at least eight civilians, including women and children."

Amos said that the government "has continued its aerial attacks, including the use of barrel bombs. Government forces continued their heavy shelling of the Joubar neighborhood of Damascus, reportedly killing civilians."

The written report that Amos was presenting to the Security Council on Tuesday stopped with events on September 17, before the September 22 start of the current airstrikes on Syria by the United States and, at times, five Arab countries. The report cites some improvements in humanitarian access, describing the situation in Aleppo, Hama, Idlib, Dar'a, Ladhiqiya and Quneitra.

The Syrian Army has been fighting multiple groups of rebels, including foreign contractors, since March 2011. According to the United Nations, the civil war in Syria has claimed more than 191,000 lives while more than three million Syrians have become refugees and over half of the country's population has been internally displaced since the beginning of the conflict.

"Winter is fast approaching and vital supplies are needed to protect people from the cold. Neighboring countries also need urgent support so that they can continue to shelter millions of refugees," Amos added.

Peace talks between the Syrian regime and the opposition broke down in February without tangible results after three weeks of intense negotiations. No date has been set to resume discussions in the near future.