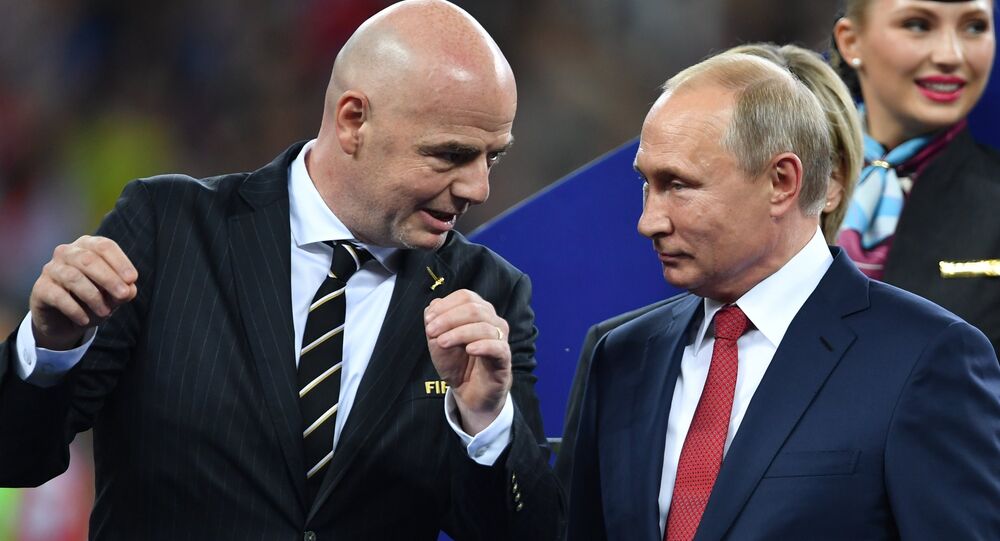 MOSCOW (Sputnik) - Russia will provide visa-free entrance to the country for football fans with fan IDs until the end of 2018, Russian President Vladimir Putin said.

"I think that we will provide visa-free entrance to Russia for foreign fans, who currently have fan IDs, until the end of 2018. This will be a multiple entry visa-free regime," Putin told reporters.

The Russian leader expressed hope that fans will take advantage of this opportunity and "come to Russia more than once with friends and members of their families."

Putin has taken part in the closing ceremony of the championship and the ceremony of awarding the winner.

© Sputnik / Grigori Sisoev
Trump Calls FIFA World Cup in Russia One of Best Organized Ever
The Russian President held informal conversations with a number of foreign leaders, including former French President Nicolas Sarkozy, incumbent French President Emmanuel Macron and  his wife Brigitte Macron, as well as with Croatian President Kolinda Grabar-Kitarovic and her family, and Moldovan President Igor Dodon, and other guests of honor during the break in the FIFA World Cup final game between France and Croatia.
...
Reddit
Google+
Blogger
Pinterest
StumbleUpon
Telegram
WhatsApp
154