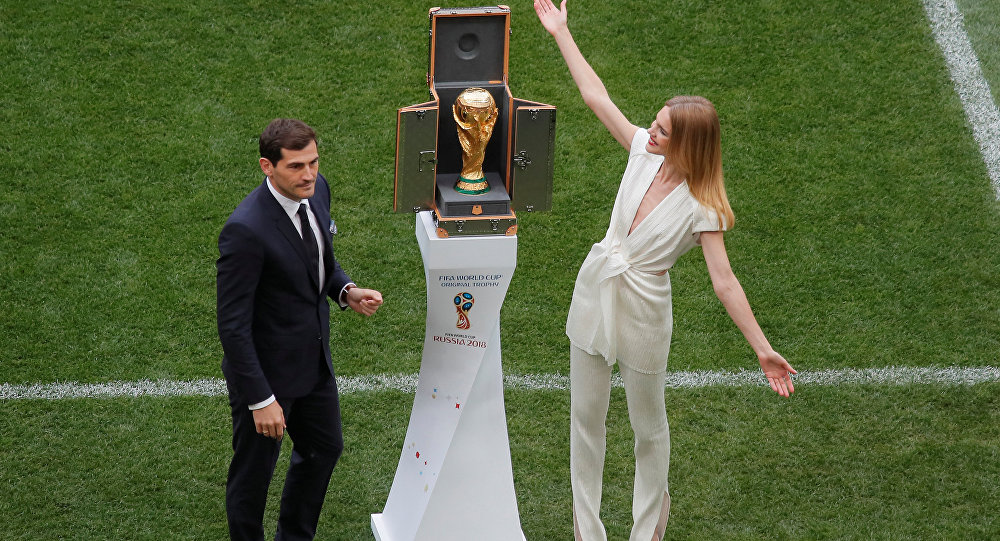 MOSCOW (Sputnik) - Former Real Madrid and Spain goalkeeper Iker Casillas, who currently plays for Porto, said that he wanted Russia to go further than the round of 16 at the 2018 FIFA World Cup.

"I'm very happy to be here, at the World Cup, at Red Square. I'm grateful to Russia for a wonderful organization [of the tournament]. You welcome guests from all over the world really well. Congratulations to Russia on reaching the knockout stage! Russia may face Spain in the final, I'll support Spain then but I wish Russia to progress anyway," Casillas told journalists.

The 37-year-old veteran, who won the World Cup with Spain in 2010 but who was left out of the country’s squad for this summer's tournament, took part in the opening ceremony of the Football Park festival at Moscow's Red Square earlier on Thursday.

Hosts Russia has qualified for the knockout stage for the first time after defeating Saudi Arabia 5-0 in the opening game of the World Cup on June 14 and beating Egypt 3-1 on Tuesday.

Spain drew their first game against Portugal 3-3 on June 15 before beating Iran 1-0 on Wednesday.

Ramos was responding to Maradona who earlier in the week said the player was not as good as Atletico Madrid and Uruguay defender Diego Godin.

"I respect Maradona because he is one of the greatest. For me, he was a star, but in Argentina, they know that he [Maradona] is light years behind the best Argentinian footballer in history, who, for me, is Messi," Ramos said, as quoted by the Portuguese newspaper A Bola.

Maradona was named FIFA Player of the Century, a one-off award created by FIFA to decide the greatest football player of the 20th century, alongside Brazilian Pele. The 57-year-old also captained Argentina to victory at the 1986 FIFA World Cup in Mexico.

With 64 goals to his name, 30-year-old Messi is Argentina's all-time leading goalscorer but has yet to win a World Cup.