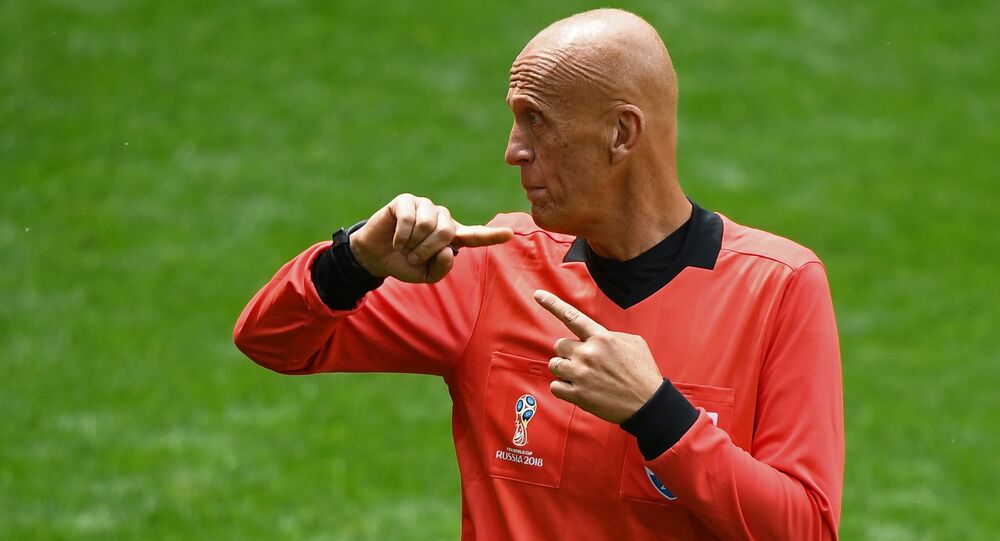 MOSCOW (Sputnik) - Chairman of the FIFA Referees Committee Pierluigi Collina said Tuesday during a media briefing that he hopes there will be no incidents of racism at the tournament.

"It would be great if nothing will occur during the competition as well as during every match all over the world because having mixed sport and racism, something that nobody can understand and, of course, accept. So, hopefully, it won't be the case. But if something should happen there is a clear procedure, the so-called 'three-step procedure'. Referees know it very well and, of course, they are ready to go through the different steps when needed," Collina told journalists.

Pierluigi Collina said later that he was confident in regards to the referees who were chosen to officiate at the tournament.

© AFP 2020 / Kirill KUDRYAVTSEV
Argentine Referee Pitana to Officiate 2018 FIFA World Cup Opening Match
The football association chose Russia's Sergei Karasev to be one of the 36 match officials that will referee the World Cup matches together with his compatriots Anton Averianov and Tikhon Kalugin, who would be assistant referees.

Nigerian Team Arrives in Russia Ahead of FIFA World Cup