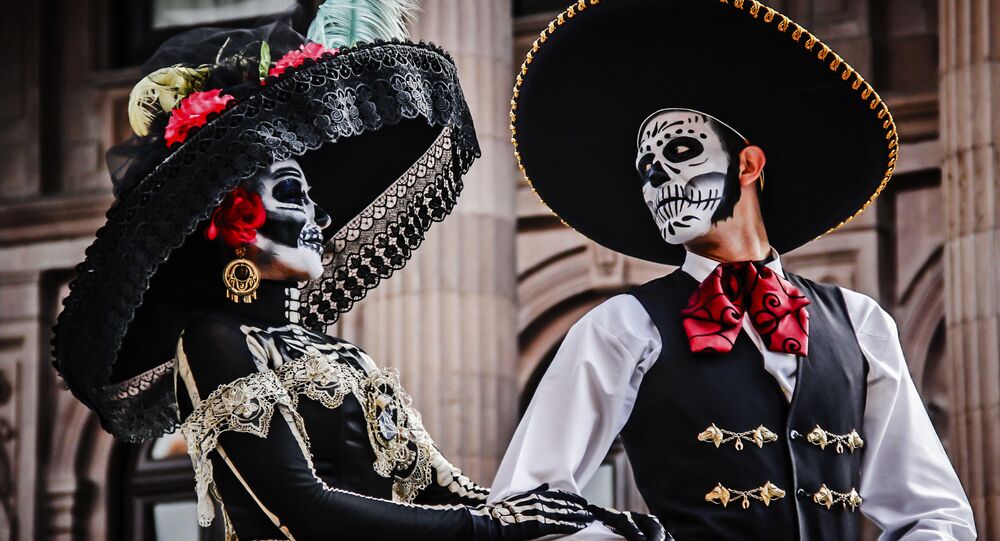 MOSCOW (Sputnik) - The Day of the Dead carnival will be organized at the Mexico House, which is set to open in Moscow for the FIFA World Cup on Friday, Head of the Mexico House Javier Ruiz Galindo said on Monday.

"We're planning various concerts and carnivals. The one we love the most is the carnival in honor of the Day of the Dead… We'll be holding it on June 29 and you'll get the chance to learn more about this tradition," Galindo told journalists.

Galindo added that large screens would be installed at the Mexico House to broadcast the World Cup matches, featuring the Mexican national team. "We're inviting all supporters, especially the Russian ones," he said.

© Sputnik / Vladimir Astapkovich
Mexico House in Russia to Help 'Build Bridges' Between Countries - Ambassador
The Day of the Dead is a traditional Mexican holiday celebrated from October 31 to November 2 and associated with honoring friends and family members who have passed away.

Mexico's first game at the World Cup will be against reigning champions Germany in Moscow on June 17. The team will also face Sweden and South Korea in their other two Group F matches.