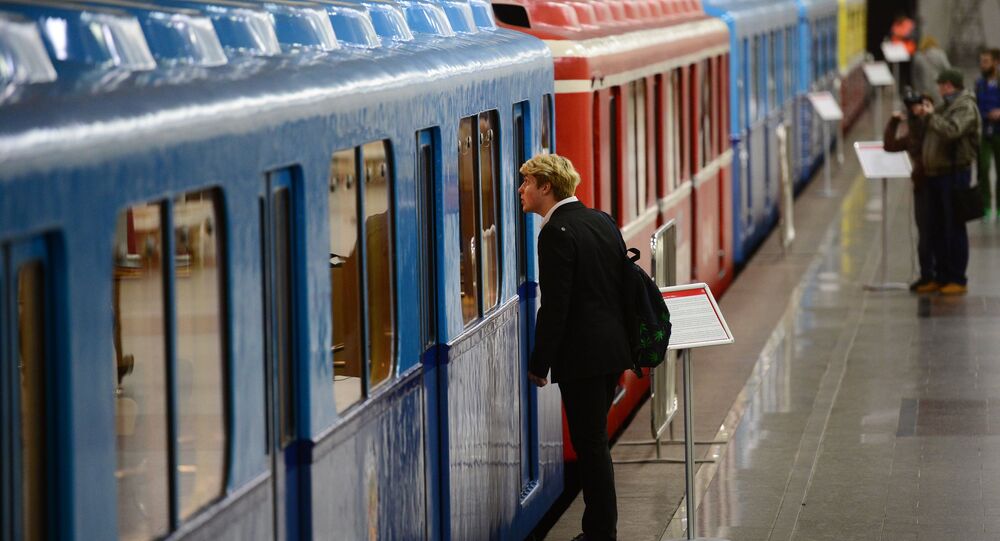 MOSCOW (Sputnik) - Over 31,000 maps and signs used in the Moscow Metro system will be renewed ahead of the upcoming FIFA World Cup games to make navigation easier for football fans, Maxim Liksutov, the city's deputy mayor and the head of the Department for Transport and Road Infrastructure Development, told Sputnik on Monday.

"Over 31,000 elements of navigation will be updated in the Metro and at the Moscow Central Circle before the World Cup. Those are the maps in the metro and MCC trains, the route lines and signs… The updated maps will allow football fans to easily determine which station they need to travel to in order to get to the game or to the official fan zone," Liksutov said.

He went on saying that the Luzhniki and Spartak stadiums, as well as the World Cup tickets center and the location of the Fan Fest, would be marked with special icons on the updated maps.

According to the officials, the works are finished by over 70 percent and will be concluded in April.

From June 14 to July 15, Russia will host the FIFA World Cup for the first time in history, with the games of the championship set to be held in Moscow, St. Petersburg, Rostov-on-Don, Sochi, Yekaterinburg, Saransk, Kaliningrad, Nizhny Novgorod, Kazan, Volgograd, and Samara.