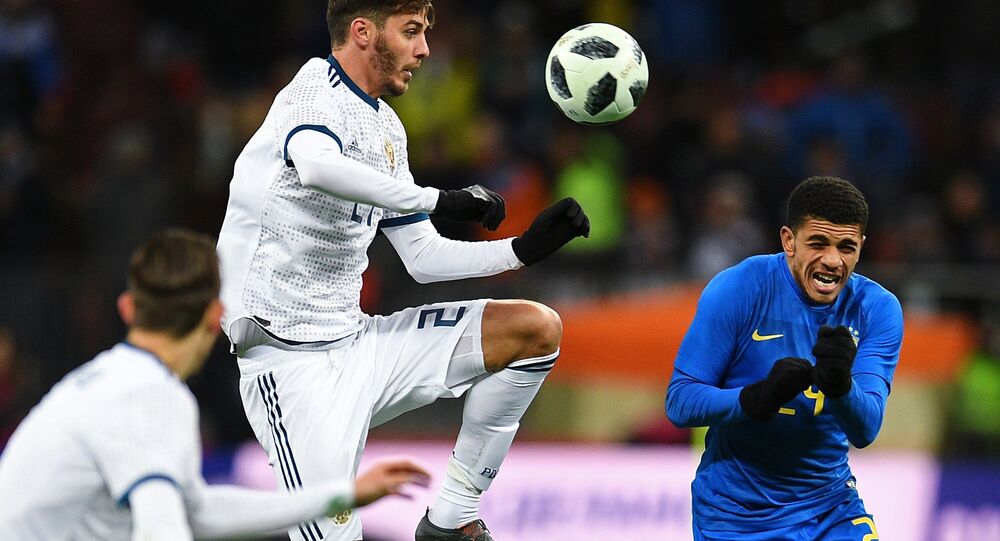 MOSCOW (Sputnik) - The Russian national football team lost to Brazil 0-3 in a friendly match ahead of the 2018 FIFA World Cup.

Miranda, Philippe Coutinho, and Paulinho scored for the Brazilian side in the second half of the game in Moscow.

Russia will play next friendly against France on March 27 in St. Petersburg as part of the preparation for the World Cup.

READ MORE: 'In May We Trust': Italy Looks Forward to England's Withdrawal From FIFA 2018

The 2018 FIFA World Cup is set to happen between June 14 and July 15, 2018, in Russia. The official draw put the Russian team in Group A, where it will play against Egypt, Saudi Arabia, and Uruguay. The matches will take place in Kaliningrad, Kazan, Moscow, Nizhny Novgorod, Rostov-on-Don, Samara, Saransk, Sochi, St. Petersburg, Volgograd, and Yekaterinburg.