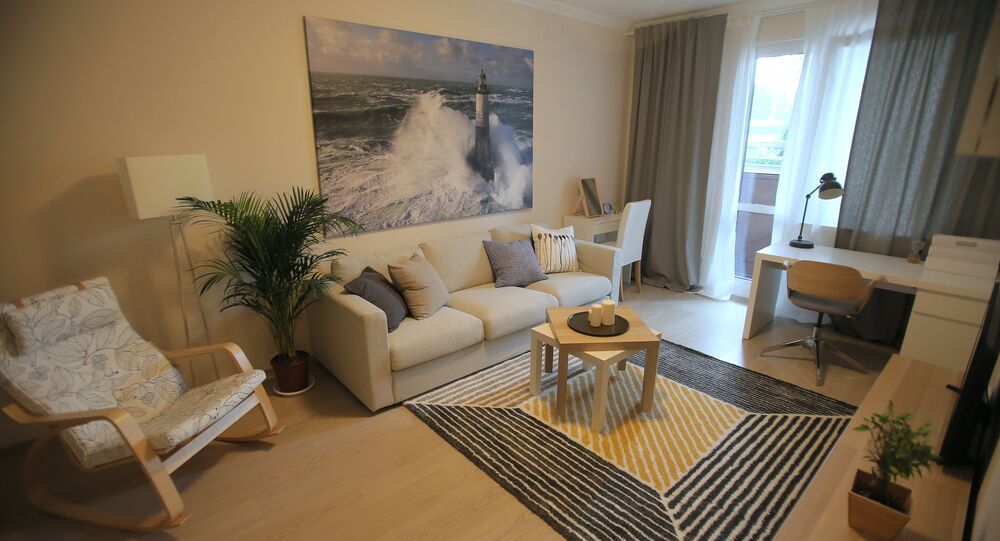 Seeking to ensure that people visiting Moscow during the upcoming football championship have a pleasant stay, local realtors warn fans coming to the city to steer clear of unscrupulous private apartment owners who might seek to profiteer during the event by charging exorbitant rent.

Over one million football fans from abroad are expected to flock to Moscow during the 2018 FIFA World Cup. And since some of them will likely seek to rent a room or a private apartment instead of staying at a hotel during their visit to the Russian capital, it appears that local landlords now seek to profiteer from it.

© Sputnik / Grigoriy Sisoev
Moscow Metro App to Be Available in Seven Languages by Start of 2018 World Cup
"The prices on hotel services during large entertainment events are being regulated by a special ordinance passed by the Russian government in 2016, so the biggest price hike is expected in apartment rentals," Sergei Zhidayev, member of Moscow Guild of Realtors, told Metro.

According to him, renting a private apartment in Moscow during the football championship will be five times as expensive as usual, with some landlords possibly trying to raise the price even higher: for example, he said, leasing the apartments in a high-rise near the Barrikadnaya subway station which can normally be rented for about $160 would cost nearly $1,980 during the event.

Meanwhile, a hostel administrator told Metro that Moscow hostels already appear to be completely booked, though he refused to clarify how many bookings have already been paid for.

Some 11,000 Police Officers to Maintain Order at FIFA World Cup in St Petersburg

Room for Everyone: Portable Accommodation for 2018 World Cup Guests