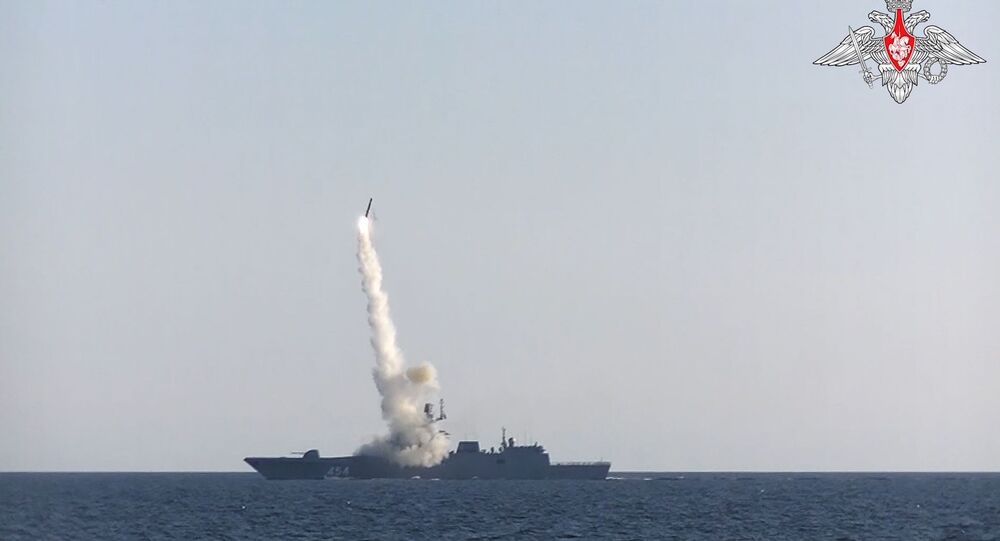 Lacking the nearly 20 aircraft carriers and assault ships wielded by the US Navy, Russia’s military has long sought a counterbalance in highly effective anti-ship missiles. China has adopted a similar strategy, putting both nations far ahead of Washington in the weapons field.

Russia’s third hypersonic weapon, the Zircon hypersonic anti-ship missile, has undergone another successful test, paving the way for its activation sometime next year. The US, which has no operable hypersonic weapons, has denounced Russia’s hypersonic systems as “potentially destabilizing.”

The Russian Ministry of Defense released a video of the launch on Monday, showing the ultra-fast missile blasting off from the Admiral of the Fleet of the Soviet Union Gorshkov, lead frigate in the Project 22350 class of warships. The Admiral Gorshkov has performed three previous tests of the Zircon missile.

The test was conducted in the White Sea, but struck a land-based target on the coast of the Barents Sea, to the north, the ministry said. The missile reached Mach 7, or 5,370 miles per hour, meaning it took about two-and-a-half minutes to close the 217 miles between the Gorshkov and its target, which it obliterated, the ministry said.

The ministry noted it plans to deploy the Zircon not just on surface warships, but also on submarines, although it hasn’t tested firing the weapon underwater yet. Those tests are expected later this year.

John Kirby, a spokesperson for the Pentagon, said Monday the US military was “aware” of the test, but denounced it and Russia’s hypersonic weapons, which also include the land-based Avangard and air-launched Kinzhal, as “potentially destabilizing,” saying they “pose significant risks because they are nuclear-capable systems."

The US has no comparable weapon, and its Air-launched Rapid Response Weapon (ARRW) missile, carried by the slow and heavy B-52 bomber, has so far failed to even fire.

The Zircon is the latest in a long line of anti-ship missiles developed by Russia and the Soviet Union before it that pose a major danger to US naval fleets, which form the backbone of US military power projection. Some, such as the Kh-15 and Kh-22, even approached hypersonic speeds, while the P-700 Granit and its derivative, the P-800 Oniks, have been feared for their “swarm” ability, in which several missiles in flight work together to overwhelm a ship’s defenses.