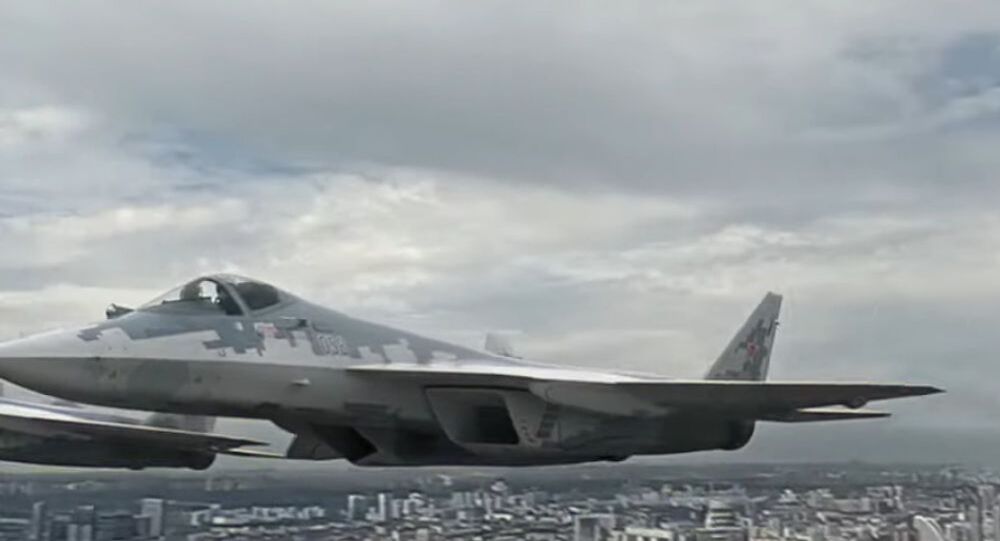 MOSCOW (Sputnik) - The upgraded version of the Su-57 fighter will acquire new combat capabilities through the use of a wider range of weapons, Sergei Smirnov, a member of the Military-Industrial Commission board, told Sputnik ahead of the International Aviation and Space Salon MAKS-2021.

"As part of further build-up of the Su-57 potential we will significantly expand its combat capabilities by increasing the functional capabilities of the onboard equipment, expanding the range of aircraft weapons used, as well as implementing some other measures. One of the key elements in the platform development is a new propulsion package, on which the United Engine Corporation is working," Smirnov said.

The supplies of the upgraded fifth-generation fighter to the armed forces will begin as scheduled, the official added.

The MAKS-2021 international aerospace show will take place in the Moscow region from July 20-25. Sputnik is an official media partner of the event.

Currently, the Su-57 fifth-generation fighter is being delivered to the Russian Aerospace Forces.

"Aviation complexes of the next generation involve the further improvement of aerodynamics, new engines, new construction material, next-generation onboard equipment, including the active use of artificial intelligence, the ability to work in the network-centric interaction of various weapons systems. Research and analytical work in these areas do not stop in our country," Smirnov said.

It takes many years to develop next-generation jets, the official added, noting that the development of an aircraft itself takes five to seven years, while the creation of an engine is an even longer process.