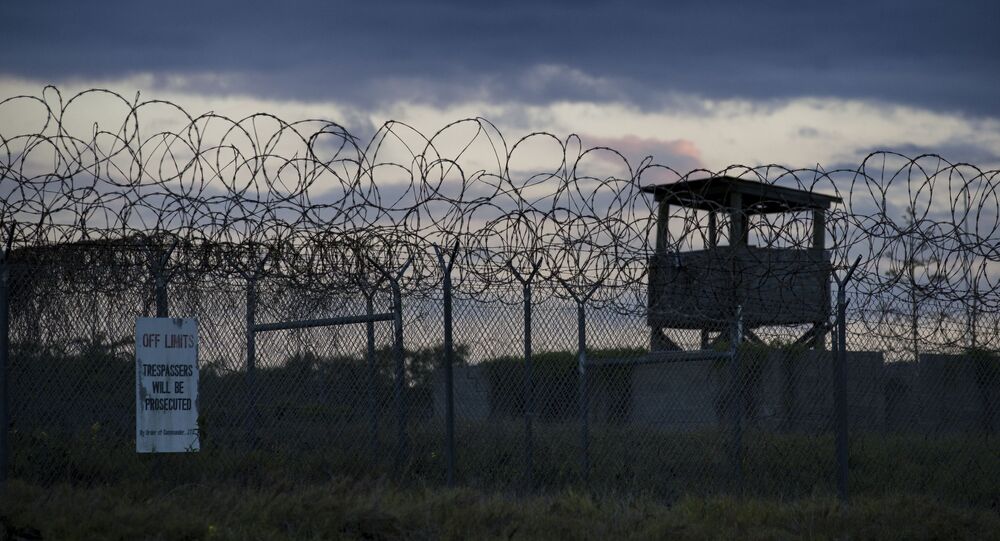 The second of two major defense budget bills has been okayed by the House Appropriations Committee, providing $706 billion in funds for the Pentagon for fiscal year 2022. The bill includes plans for closing the Guantanamo Bay prison and ending the 2001 and 2002 authorizations for use of military force (AUMF).

The House committee approved the bill on a party-line vote of 33-23, overriding the objections by Republicans that the bill’s 1.4% increase was too small. However, Democrats said they disapproved of the large spending bill and only advanced it to submit it to a wider debate in the full House chamber.

“We just spend too much on what is defined as traditional defense, and many of us in the country and many of us in Congress would like to redefine defense,” said Rep. Mark Pocan (D-WI), according to The Hill. “What’s actually in the defense of this country? It’s not in defense contractors, but it’s things like pandemics and climate change and other items.”

The appropriations bill is one of two bills that comprise the National Defense Authorization Act, with the other being the authorization bill, which sets the spending priorities. The NDAA is expected to be heard by the committee on July 21.

The bill includes several important amendments added by the committee, including two ending the 2001 and 2002 AUMFs, which Congress created to authorize both the wars in Afghanistan and Iraq, as well as military operations in undeclared war zones if they were against al-Qaeda or forces aligned with the terrorist group, such as the Somali group al-Shabaab.

Last month, the House also voted to repeal the 2002 and 1991 AUMFs - although US President Joe Biden proved he could still order airstrikes in Syria and Iraq without them just days later by claiming self-defense instead.

The bill also says its funds cannot be used to operate the Guantanamo Bay detention center after September 30, 2022, or to “support or facilitate offensive military operations conducted by the Saudi-led coalition against the Houthis in the war in Yemen.”

Interestingly, it also requires the secretaries of Defense and State to furnish Salvadoran authorities with “all relevant information and documents” relating to the 1981 El Mozote Massacre, in which nearly 1,000 villagers were murdered, half of them children, by the US-trained Atlacatl Battalion. Last year, Salvadoran President Nayib Bukele blocked the probe from going forward, claiming the country’s records had been destroyed, but hearings related to charges against 17 Salvadoran military officers moved ahead this past May, which might go to trial later this year.

It would also provide Israel with $150 million to buy new Iron Dome air defense systems, which it uses to intercept rockets fired from Gaza and Lebanon. Israel fired thousands of interceptors during the 11-day war with Gaza in May, and many rockets escaped their defenses and struck Israeli towns, killing at least 13 people. The money is just part of $500 million being funneled to Israel for missile defense programs, including the Arrow missile system.

© REUTERS / AMIR COHEN
Streaks of light are seen as Israel's Iron Dome anti-missile system intercept rockets launched from the Gaza Strip towards Israel, as seen from Ashkelon, Israel May 13, 2021.

The bill provides for an active-duty troop strength of 1.34 million soldiers, a decrease of 1,975 from last year, and a 2.7% pay increase for them as well as reserves.

The bill closely follows another large Pentagon bill, the 2022 Military Construction, Veterans Affairs, and Related Agencies (MilCon-VA) bill, which the committee advanced on June 30. That bill provides $279 billion toward veterans healthcare and related facilities, as well as construction of new base facilities and closure of old ones.

The US spends significantly more than any other nation on its military. According to the Stockholm International Peace Research Institute (SIPRI), the US accounted for 39% of the world’s total military expenditure in 2020, having increased for the third year in a row.