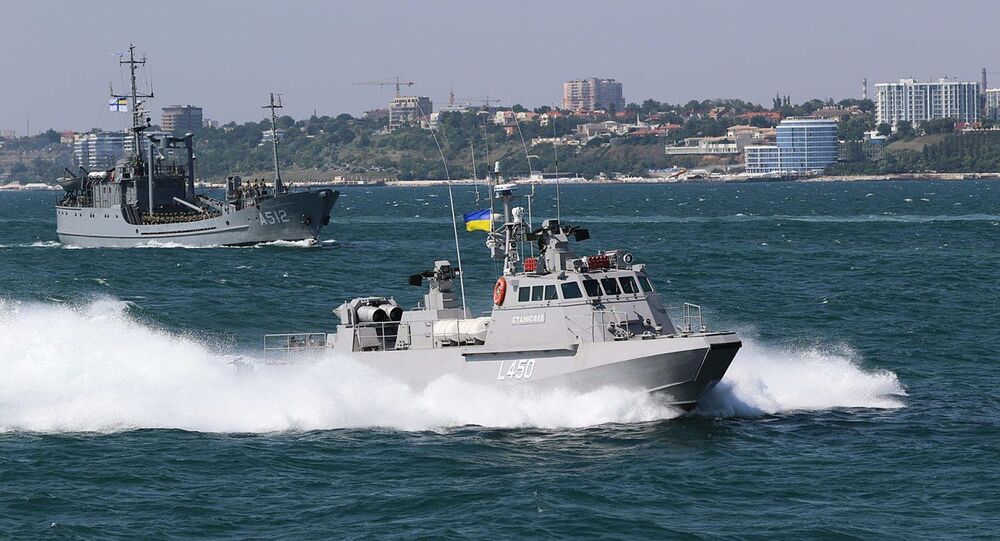 The UK has provided Ukraine with tens of millions of pounds-worth of security assistance, deployed troops in the country and recently sailed a warship into Russian territorial waters off Crimea, claiming that it was conducting “innocent passage” through “Ukrainian waters.”

Rolls-Royce has reportedly opted out of a contract to supply Ukraine with waterjets for Kiev’s Centaur-class fast assault craft at the last minute.

Yuri Biryukov, an advisor to former Ukrainian president Petro Poroshenko, claims the British company pulled out of the contract to supply the waterjets just five days before their expected delivery, citing a lack of permission from authorities to export dual-use goods to Ukraine.

Biryukov suggested that Rolls-Royce apparently has no problems supplying waterjets to Russia for its Raptor high-speed patrol boats.

Rolls-Royce has not commented on the ex-official’s remarks.

He went on to complain that the two competed Centaur-class boats are yet to be accepted into service years after being finished, apparently because the Defence Ministry has refused to create a commission to do so.

Ukraine’s Defence Ministry has characterised its Centaur-class patrol craft as a “worthy response” to the “much slower” and “outdated” ships of the Russian Black Sea Fleet.

However, the head of the Kiev-based Ukrainian Military Centre NGO has suggested that the ships could not be commissioned due to their “poor quality” and “unfinished” state, and apparent inability to float on an even keel while stationary.

© Sputnik / Mikhail Palinchak
‘Joe, I Have Positive News For You’: Trump Retweets Alleged Audio of Biden-Poroshenko Phone Call
The patrol boats were built at the once-legendary Kuznya na Rybalskomu shipbuilding plant, owned by Poroshenko, who is one of Ukraine’s wealthiest men. Earlier this month, the head of the plant and Ukraine’s former deputy minister of defence were caught up in a scandal over the delivery of shoddy equipment to the military –including as it related to Centaur-class patrol boats.

Ukraine’s Navy formally has two Centaurs in its inventory, with both launched in September 2018, but yet to be commissioned. A third boat is under construction, with plans to build as many as five more.