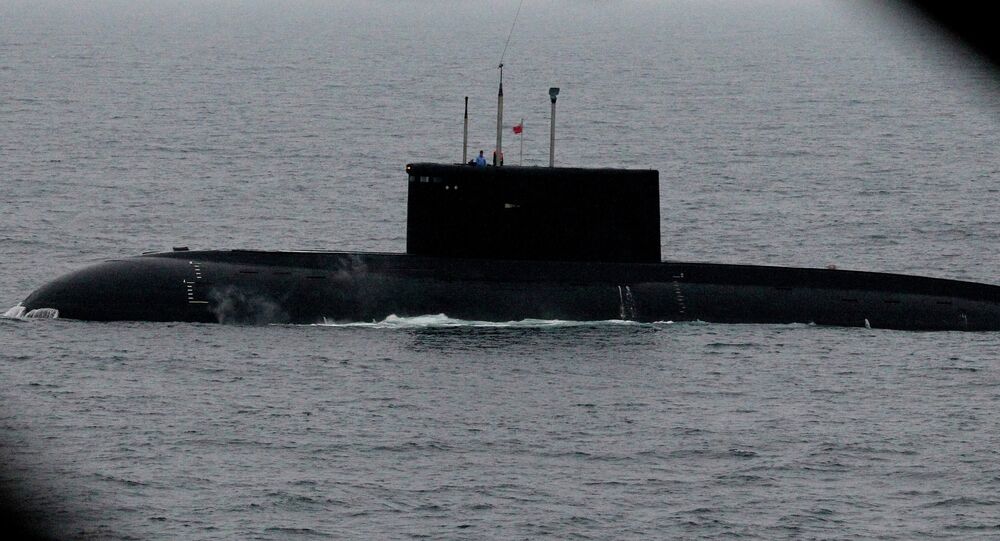 Maritime tensions between Russia and the UK exploded to their highest levels since the Cold War last month after a British destroyer intentionally sailed directly into Russian territorial waters off Crimea. Moscow has warned London against any more “provocations.” However, the UK has suggested that its ships will “continue” to make similar trips.

The UK scrambled sonobuoy-armed Merlin anti-submarine warfare helicopters to search for a ‘Russian submarine’ said to be stalking the Royal Navy’s Carrier Strike Group and its flagship – the HMS Queen Elizabeth, The Telegraph reports, citing sources supposed to be familiar with the situation.

The operation reportedly took place in the eastern Mediterranean four days after the 23 June incident in the Black Sea involving the HMS Defender destroyer, which sailed straight into Russian waters off Crimea, just several nautical miles from the highly sensitive naval base at Sevastopol.

One of the sonobuoy-laden Merlins was said to have been launched from the HMS Queen Elizabeth itself, with another taking off from the Fort Victoria, a Royal Fleet Auxiliary replenishment tanker. At least one sonobuoy was understood to have been dropped in the water.

The Russian sub allegedly involved was said to be a Project 636 Varshavyanka – NATO designation ‘Kilo’, a super-quiet diesel-electric sub known for causing headaches to NATO defence staff over their extremely low noise levels and ability to sneak up on enemy warships. This particular sub was supposedly stationed off Cyprus to monitor Royal Air Force aircraft striking ‘Daesh’* in Syria, and to be part of the Russian Black Sea Fleet’s Mediterranean deployment.

The Telegraph’s sources did not say whether the Navy was able to pinpoint the Russian sub, or get any sense of where or how it was operating, or anything else for that matter. However, a Ministry of Defence spokesperson told the paper that while it does “not comment on operational matter of this kind, [it] can confirm that robust measures are in place to protect HMS Queen Elizabeth and the ships of the UK Carrier Strike Group.”

The Royal Navy carrier strike group deployment includes two Type-23 frigates – the HMS Kent and the HMS Richmond, both said to have anti-submarine warfare capabilities, and a Royal Navy submarine designed specifically to go after other subs – believed to be either the HMS Astute or the HMS Ambush. These vessels’ actions during the sub hunt were not made clear.

The HMS Queen Elizabeth-led battlegroup is on its maiden voyage to demonstrate Prime Minister Johnson’s concept of “Global Britain,” which aims to restore the Royal Navy’s image as Europe’s “most formidable naval power” and demonstrate its ability to mount operations globally. The carrier group is currently said to be steaming toward the Indian Ocean.

© Sputnik / Илья Питалев
Russian Attack Sub Reportedly Disappears From NATO Radars in the Mediterranean
This is not the first time Russian Varshavyanka subs in the Med have caused problems for the Royal Navy and other NATO powers. In March, an informed source told Sputnik that the Black Sea Fleet’s Rostov-on-Don attack sub had disappeared from US radar screens, causing alliance warships to spend a week searching for it in vain. US and British warships were said to have been involved in the operation to shadow the sub as it entered the Mediterranean before disappearing. “They have used large forces to search for the Russian sub, but to no avail. This means that in conditions of hostilities, they are in the crosshairs, and this bothers them tremendously,” the news agency’s source said at the time.

The Russian Navy has not yet commented on the reported incident mentioned by The Telegraph.

Late last month, Sputnik reported on a Russian notice to airman (NOTAM) about missile drills in the Mediterranean taking place as little as 30 km from the HMS Queen Elizabeth strike group while it was stationed south of Cyprus. Five Russian warships, two subs, Tu-22M3 strategic/maritime strike bombers and hypersonic missile-capable MiG-31Ks were said to be involved in the drills.

The Mediterranean tensions come in the wake of last month’s incident involving the HMS Defender. Last week, a day after Russian Deputy Foreign Minister Sergei Ryabkov called on the UK to stop “provocations” in the Black Sea, UK Foreign Secretary Dominic Raab insisted British ships would continue carrying out “innocent passage” through “Ukrainian” waters off Crimea. The Kremlin responded by warning that the violation of Russia’s maritime borders would be responded to immediately and prompt Russia to “do what is needed to be done.”

Most Vessels of US-Led Sea Breeze Drills to Remain in Black Sea for Some Time, US Navy Says