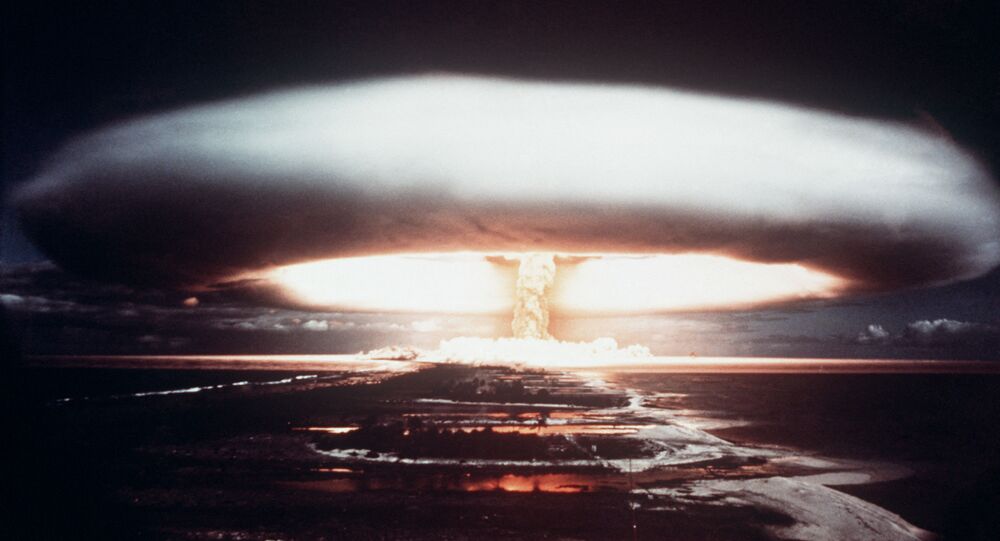 The release of the report comes amid an ongoing thirty-year, $1.7 trillion modernization of the US nuclear arsenal, which includes funding for things like new micro nukes and a new sea-launched cruise missile.

A newly disclosed Pentagon manual on nuclear operations has warned of an “increased potential” for conflict involving the use of nuclear weapons due to growing nuclear stockpiles and the constantly improving sophistication of nuclear delivery systems.

The doctrinal document, entitled “Joint Publication 3-72, Joint Nuclear Operations,” was submitted in April 2020 by the Joint Chiefs of Staff and published in full by the Federation of American Scientists this week on the basis of a Freedom of Information Act (FOIA) request. It points to Russia and China’s modernization of their nuclear arsenals, and to successful efforts by North Korea to create missile delivery systems capable of targeting the continental United States, as a source of danger. Iran, according to the report, could build a nuke within a year if it really wants to.

The manual also disingenuously claims that while Washington has sought to negotiate reductions in nuclear stockpiles since 2010, “no potential adversary has reduced either the role of nuclear weapons in its national security strategy or the number of nuclear weapons it fields.”

“Rather, they have moved decided in the opposite direction,” the manual suggests, concluding that “as a result, there is an increased potential for regional conflicts involving nuclear-armed adversaries in several parts of the world and the potential for adversary nuclear escalation in crisis or conflict.”

It has been the United States – and especially the Trump administration, which has pulled the US out of nuclear treaties and funded the expansion of its nuclear arsenal and delivery capabilities to levels far beyond those of its potential adversaries. Washington pulled out of the Anti-Ballistic Missile Treaty in 2002, scrapped the Intermediate-Range Nuclear Forces Treaty in in 2019, and threatened to let the clock run out on the New Strategic Arms Reduction Treaty (New START) agreement with Russia in late 2020 before the Biden administration agreed to prolong it for five years.

© CC0
US Lawmakers Push Biden to Scrap Trump-Era Micro-Nukes, Sea-Launched Nuclear Cruise Missile
At the same time, it has also been the US side, rather than the above-mentioned adversaries, that has moved to expand the list of circumstances under which nuclear weapons may theoretically be employed, with a 2018 Nuclear Posture Review asking for funding for the creation of a new small-yield nuclear warhead for potential use against even conventionally-armed adversaries.

Rather than concentrating on the US’s $1.7 trillion nuclear upgrade budget, the document concentrates on nuclear modernization spending by adversaries, including Moscow’s considerably more frugal $28 billion modernization programme, and points to the dangers said to be posed by Russia’s new nuclear warheads and launchers, including a hypersonic glide vehicle, a nuclear-powered cruise missile, and a nuclear-powered undersea autonomous torpedo.

China, the report says, has created a new road-mobile strategic multi-warhead version of its silo-based DF-5 nuclear missile, while its latest generation of ballistic missile submarines have been armed with new sub-launched nukes, and the country continues to work on a new nuclear-capable strategic bomber to give Beijing nuclear triad capability.