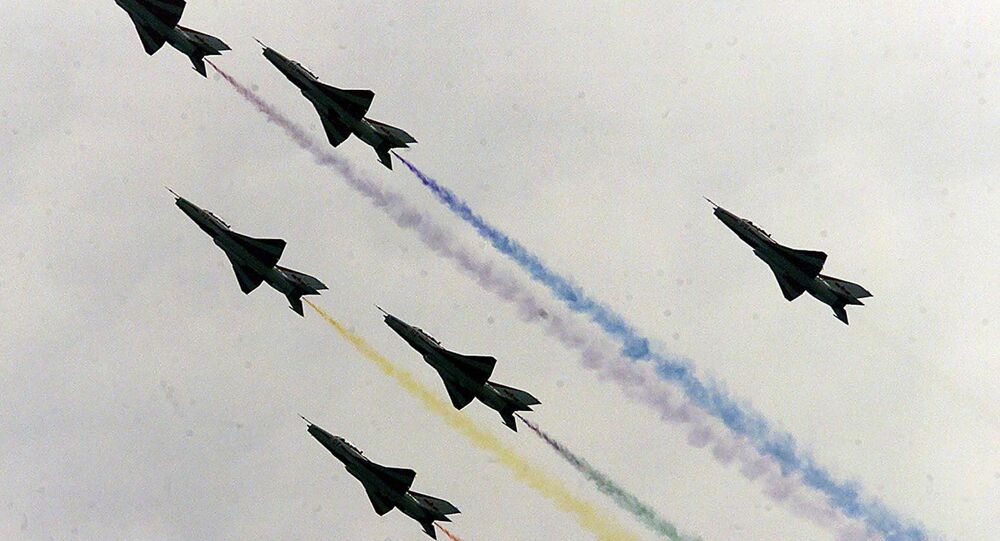 Both China and the US are now pursuing artificial intelligence technologies in a bid to achieve a breakthrough in aircraft development. China, however, seems to have something that may catch US policymakers by surprise.

China is currently developing unmanned combat aircraft with advanced autonomous capabilities using an artificial intelligence system, the Drive writes. The report claims that the AI system can also work as a co-pilot of sorts for manned platforms. The concept is being tested on a J-16 Flanker fighter, according to the media outlet.

Judging from an alleged satellite image of China's secretive test base near Malan in Xinjiang province, obtained by the War Zone, there is a lineup of various unmanned aircraft being tested at the base, all of which have been previously identified. The authors noted that the current lineup differs from what they saw in the past. For now, there is a variant of a manned Flanker fighter among the unmanned aircraft - which is believed to be used as a surrogate testbed for other unmanned concepts.

The report suggests that the reason why a manned Flanker is being tested at a base that spearheads the country's unmanned air combat development initiatives is that developers need to use a surrogate fighter for a synthetic pilot AI 'brain' before it is moved to an "unmanned asset".