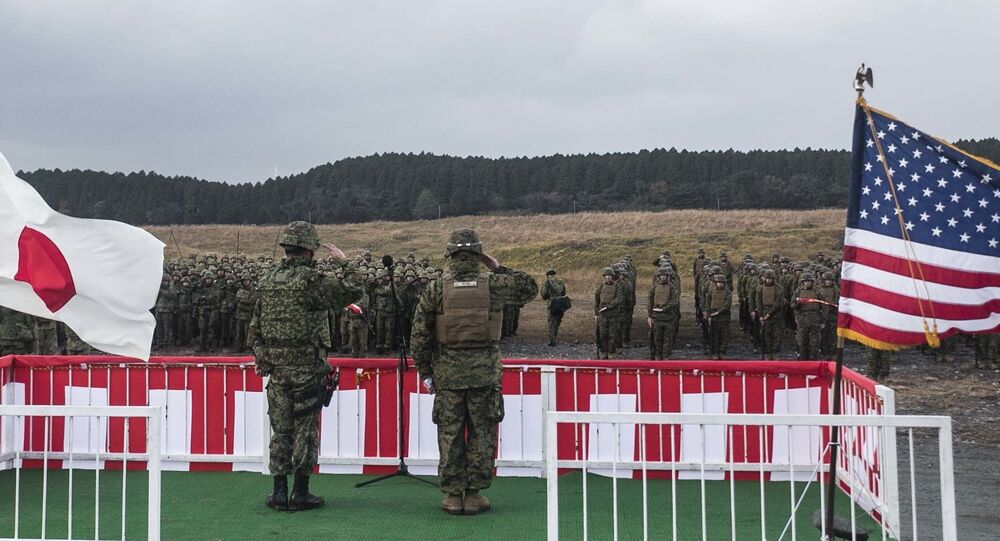 The maritime region of the South China Sea is a subject of dispute between Japan and China, with Tokyo administering the area of the Senkaku Islands, but Beijing and Taiwan - as the two share rising tensions - also claiming the territory.

The United States and Japan have been conducting joint military drills for a possible conflict scenario with China over Taiwan, The Financial Times reported, citing military officials.

According to six unnamed people cited in the report, American and Japanese military officials started "serious planning" for a possible conflict during the final year of Donald Trump's presidency. Alongside the planning, Washington and Tokyo reportedly conducted "top-secret tabletop war games and joint exercises in the South China and East China seas".

Several officials cited by FT said that the joint exercises in the South China Sea between the allies had been couched as "disaster relief training", as more drills were held in the area around the Senkaku Islands to prepare for a conflict with Beijing over Taiwan, located some 350 kilometres to the west.

According to the report, US and Japanese officials are examining legal issues related to the joint drills, among them access to bases and logistical support that could be provided by Tokyo in the event of a conflict. Particularly, evaluating the possibility of Japan being involved in such a conflict, the report pointed at how Washington would rely on air bases in Japan.

One official observed that the US and Japan needed to "urgently" create a trilateral sharing mechanism with Taiwan to exchange information about the movements of Chinese naval and air forces.

“Some of that kind of data is shared between Taiwan and the US, and between Japan and the US. But we have no direct sharing trilaterally,” the official said. “You cannot start setting that up in the middle of a contingency. You have to do it now.”

According to the report, officials from the US, Japan and Taiwan outlined that cooperation has "risen significantly" after an agreement reached in 2017 to share military aircraft codes that made it easier to identify friendly jets. Japan reportedly moved to increase cooperation due to "growing awareness" about the importance of an independent and sovereign Taiwan for its own security.

The eventual goal for the two allies is reportedly to work out an "integrated war plan" for Taiwan.

What alarmed the US and Japan particularly is an increased number of Chinese fighter jets flying through regions of Taiwan's air defense identification zone, and also Beijing ships sailing into territorial waters around the disputed Senkaku islands.

Reported concerns regarding possibility of war over Taiwan come as Japan earlier accused China of sailing its ships through the waters of the Senkaku islands - a territory controlled by Japan but claimed by Beijing, as the latter notes that the islands were marked on Japanese maps as Chinese territory circa 1783 and 1785.

Beijing does not recognize Japan's control over the islands, referring to the territory as the 'Diaoyu Islands'. Tokyo opposes Beijing's ships sailing in the vicinity of the disputed territory, calling them “unacceptable incursions". Japan enjoys the support of the United States, and the two countries have been accused by Beijing of "ganging up" against mainland China.

Additionally, the maritime territories in the South China Sea are claimed by several other entities, including the Philippines, Brunei, Malaysia, Vietnam, and Taiwan, with the latter simultaneously looking for independence from mainland China. Beijing continues to insist that Taiwan is part of the mainland, offering the 'One China' policy.