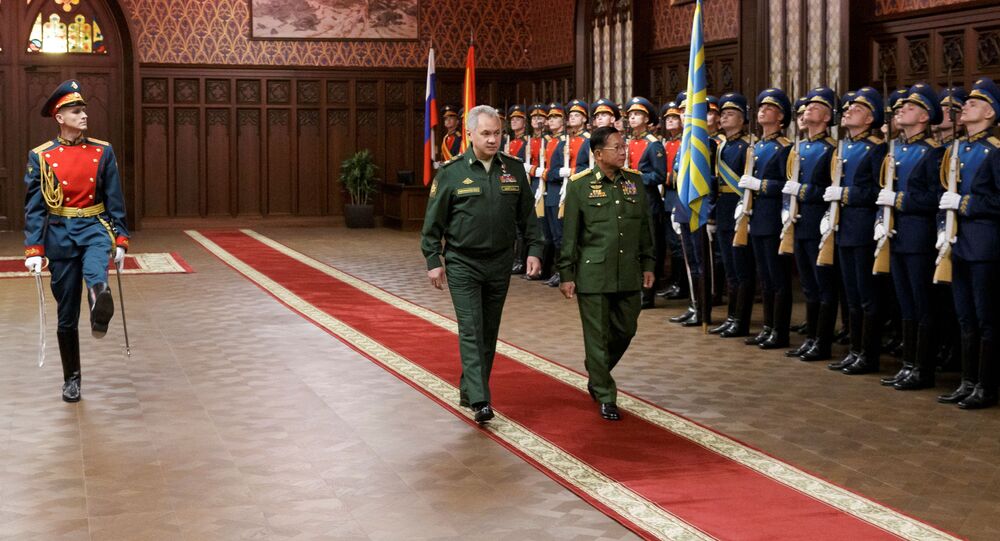 MOSCOW (Sputnik) - Myanmar intends to expand its military cooperation with Russia, Min Aung Hlaing, the commander-in-chief of the country's military and the chairman of the State Administration Council, has said in an interview with Sputnik.

"We will create a new partnership, [and] will expand it. From the outset, our [military] cooperation was designed so that it would expand over time. That is why during that meeting, we were mostly discussing expanding the existing cooperation," Min Aung Hlaing said.

During the meeting, Shoigu noted that Myanmar is a "time-tested strategic partner and reliable ally in Southeast Asia and the Asia-Pacific region", while Hlaing said, "our military has become one of the strongest in the region thanks to Russia."

"During the meeting, we mostly discussed the issues of air defense, there is a bilateral interest in expanding our cooperation in this area," Min Aung Hlaing said, adding that due to the major powers' interest in Myanmar, the country needs to enhance its air defense capabilities.

This comes after the head of the AK Bars shipbuilder told Sputnik that one of the ASEAN members — among which there is Myanmar — has expressed interest in buying two Project 22160 patrol ships from Russia and building two more at its own shipyards. This potential customer wants the Russian company to set up a production process and train workers.

The military in Myanmar seized control of the nation in a coup d'état on February 1, 2021. There have been mass protests since the coup was staged. On the other hand, the military authorities assert that it was justified and vow to transfer power after a new election, the date for, which, however, is yet to be given.