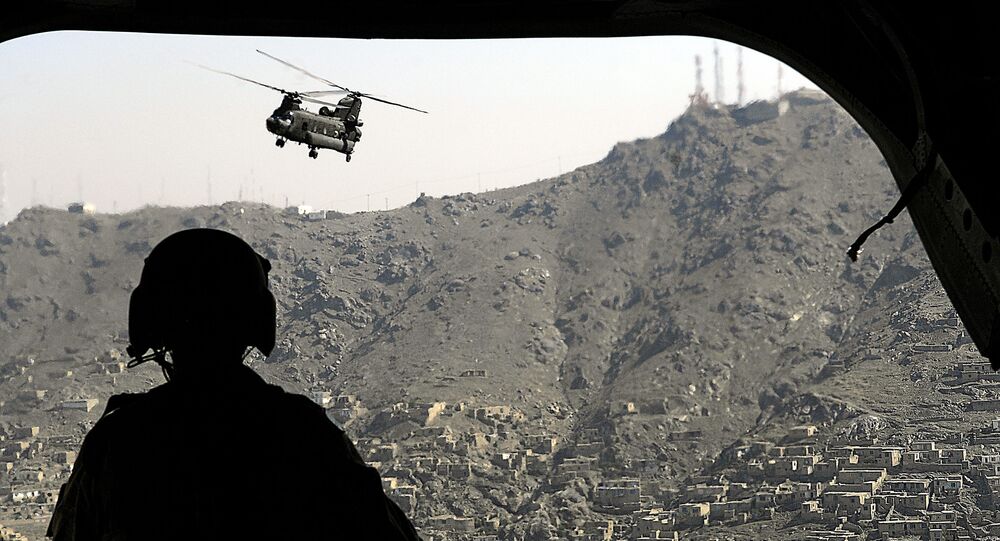 Roughly 650 US troops will stay behind in Afghanistan to provide security for US diplomats in the country after the main force pulls out in July, according to US officials whole anonymously spoke with the Associated Press. The US was supposed to completely pull out by May 1, but later unilaterally extended the deadline to September 11.

According to the report, the main American force in Afghanistan will complete its withdrawal in the next two weeks, but several hundred troops will remain as part of a security detail, particularly at the US embassy and at Kabul airport, the latter of which is presently guarded by Turkish troops.

Turkish Defense Minister Hulusi Akar said on Wednesday that Ankara would not send any more troops to defend Kabul airport, but US Army Gen. Mark Milley, chairman of the Joint Chiefs of Staff, seemed confident a deal would soon be reached.

"I feel very comfortable that security at the Kabul airport will be maintained and the Turks will be a part of that," he told the AP. The news agency noted that Washington had agreed to leave behind a Counter-Rocket, Artillery, Mortar (C-RAM) system, an adaptation of the naval Close-In Weapon System (CIWS) used to intercept projectiles at close range with a high volume of fire. A C-RAM also guards the Green Zone in central Baghdad, where the US embassy in Iraq is located.

In February 2020, the US concluded a deal with the Taliban in which the militant group agreed to forego terrorist tactics in exchange for a ceasefire with the US and the total withdrawal of US forces from the country. About 8,000 US troops and twice as many private security contractors occupied Afghanistan at the time, part of a nearly 20-year-old war initially launched to throw the Taliban out of power after it allowed al-Qaeda to plan and execute the September 11, 2001, terrorist attacks against the US.

However, that deal was for US forces to be out by May 1, 2021. With just weeks to go, US President Joe Biden announced the US wouldn't meet that goal, but would instead withdraw by September 11, 2021, the 20-year anniversary of the terrorist attacks. However, the Taliban warned that after May 1, US forces could again become fair targets. The Afghan government, supported by the US, has struggled to reach its own agreement with the group, and analysts fear that with the US gone, the Taliban might quickly overrun the Kabul government again.

Washington has also prepared to evacuate potentially tens of thousands of Afghans who aided the US occupation as they leave. They include interpreters, drivers, security guards, embassy clerks, and engineers, among others. A very low limit on immigration from Afghanistan set by the Trump administration has created a lengthy backlog, forcing thousands of applications to be expedited over fears they could become targets of violence after US forces leave.

According to the Costs of War project at Brown University, about 241,000 people have been killed in the Afghanistan and Pakistan, 71,000 of whom were civilians, due to direct or indirect effects of the war since 2001. Indirect causes include inability to access medical facilities or treatments, effects related to fleeing or being displaced, and malnutrition, among others.