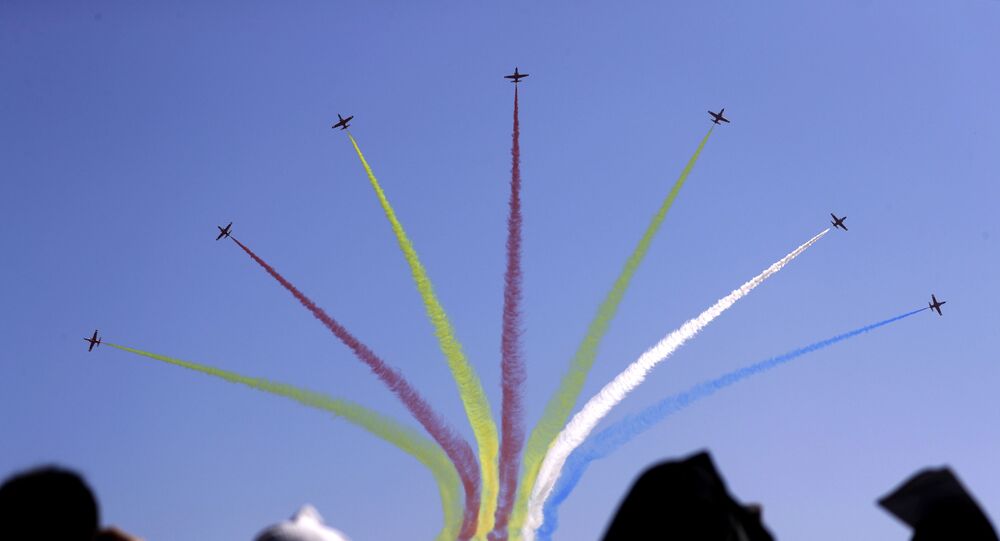 Some of the most advanced warplanes in the fleet of the Chinese People's Liberation Army (PLA) Air Force will be invited to perform at the Zhuhai Airshow 2021, which is scheduled for late September and early October, the exhibition's organiser announced on Sunday.

Originally planned for November 2020 but postponed to this year due to the COVID-19 pandemic, preparations for the 13th edition of Airshow China - also known as the Zhuhai Airshow since it will be held in Zhuhai, South China's Guangdong Province - are going smoothly, the organiser said in a statement on Sunday, at the 100-day countdown to the event.

The event's organisers will invite the PLA Air Force to put its advanced warplanes and equipment on display, in particular the latest planes that were featured in China's National Day military parade in 2019. Those aircraft will deliver flight performances, the statement read.

While the statement did not elaborate on the exact types of warplanes, some of the latest aircraft featured in the 2019 parade included the J-20 stealth fighter jet, the H-6N strategic bomber, several types of special mission aircraft, as well as a type of armed reconnaissance stealth drone, the GJ-11, which was only carried on a truck and did not fly at the parade.

China's independently developed Wing Loong II armed reconnaissance drone, which was a hot item in several previous air shows but only in static displays, will hopefully give its first dynamic demonstration at the Zhuhai Airshow 2021, the statement said.

About 400 companies from China, the US, the UK, Germany, Sweden, Switzerland, Russia, Canada and Brazil, including internationally renowned ones like Boeing and Airbus, as well as China's top aviation and arms firms including Aviation Industry Corp of China, China Aerospace Science and Industry Corp, China Aerospace Science and Technology Corp, China North Industries Group Corp, China Electronics Technology Group Corp and Aero Engine Corp of China, have confirmed their participation in the show, which will have displays on a field of more than 100,000 square meters, the event organiser said.

The China State Shipbuilding Corp will for the first time bring maritime defence products to the show, the organiser said.

The Zhuhai Airshow has become a comprehensive arms exhibition that not only features aviation products but also land and maritime weapons and equipment, plus civilian-use products. Since it was postponed for a year, it is even more highly anticipated, and more surprises could await, a Chinese military expert who requested anonymity told the Global Times on Monday.

Visitors must book tickets online starting mid-July, as no onsite ticket office will be arranged for the event, and strict COVID-19 prevention and control protocols will be established, according to the organizer's statement.