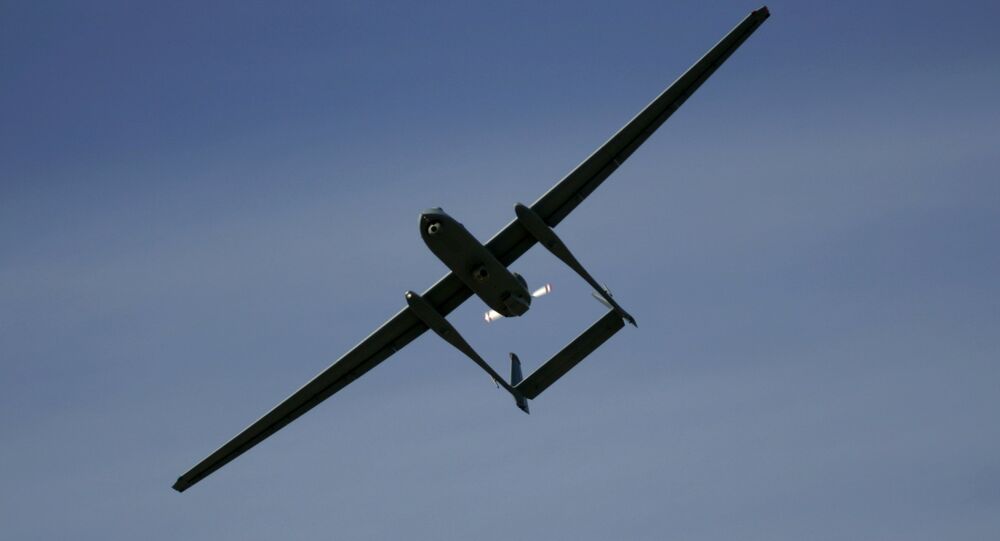 The Israeli Ministry of Defense launched three separate programs in 2020 with the goal of developing three high-powered laser systems to help bolster the state’s defenses and effectively complement the Iron Dome Missile Defense System. Despite the agency’s latest success, the laser systems are not expected to be available for several years.

Israeli defense officials have successfully managed to conduct a series of interceptions and shoot down multiple drones through the use of an airborne laser system, it was revealed on Monday.

The Ministry of Defense detailed their newfound abilities in a video released earlier in the day that shows a high-powered laser being fired from a civilian Cessna plane, a move that subsequently destroyed the unmanned target and sent it plunging into the sea.

The at-sea trials were conducted over a period of days in coordination with the Israeli aerospace and defense company Elbit Systems, the Israeli Air Force and officials with the defense ministry’s research and development department.

Yaniv Rotem, head of military research and development at the Defense Ministry, explained in an agency statement that the laser system, which is presently installed on a civilian light aircraft, was able to lock onto targets at a range of more than a kilometer with 100% accuracy.

“This is a groundbreaking technological achievement, and it is critical for further development of our airborne High-Power Laser System," Rotem said in a statement accompanying the release, which underscores that Israel is “among the first countries in the world” to achieve such a milestone.

Although the defense release reveals few details of the system’s current capabilities, the Jerusalem Post cited Rotem as indicating that the system is able to destroy its intended target “regardless of weather conditions.” It also remains locked onto the target until it is considered downed.

In a few years’ time, Rotem indicated that the laser system is expected to have an effective range of 20 kilometers with a power of 100 kilowatts. The defense official also relayed that the ministry intends to install the laser system on a larger aircraft before undertaking the next trial phase, with the system eventually being relocated to another undisclosed aerial platform.

Rotem further stated that in another 10 years, the system could possibly obliterate targets located several hundred kilometers away.

Israeli Defense Minister Benny Gantz hailed the development as “yet another milestone” in the agency’s efforts, noting in a statement that the aerial success is “significant both in terms of cost-effectiveness and defense capabilities.”

The aerial system, which will reportedly not be used to strike down incendiary balloons from the Gaza Strip, is just one part of the the defense ministry’s larger initiative to develop three high-powered laser structures that are aerial, ground-based and can function on a maneuverable platform to defend troops.

Rotem told the publication that the ground-based system will be fitted with a 100-kilowatt laser that has a range of up to 10 kilometers. However, that system, which will more than likely be deployed as reinforcement along Gaza, is not expected to be operational until 2024.