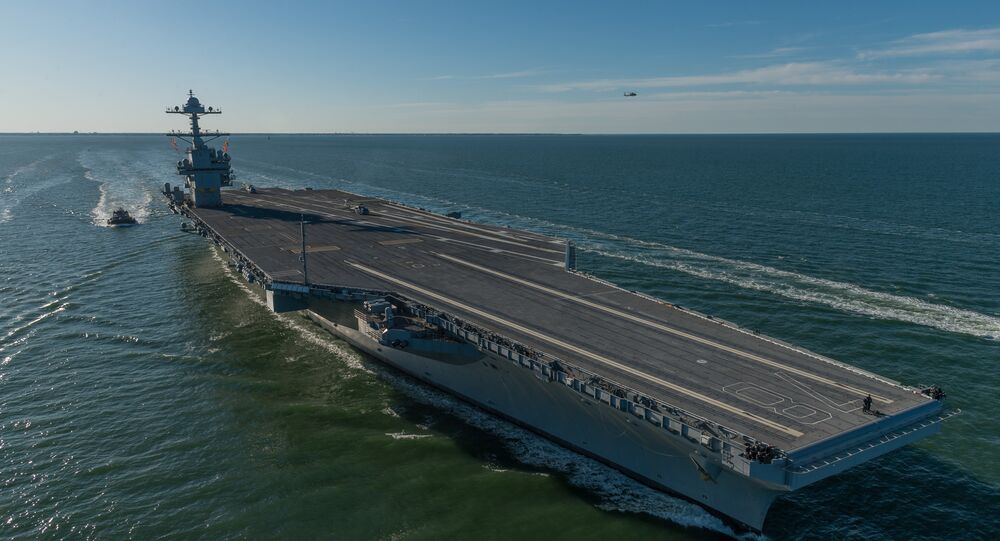 The US Navy conducted shock trials of the USS Gerald R. Ford on Friday to test its capability of withstanding shockwaves from explosives in real combat scenarios.

Photos of Friday's full-ship shock trials of the USS Gerald R. Ford have been shared by the official Twitter account of the supercarrier.

After a series of tests performed off the US East Coast, during which explosives were set off near the ship to see if it could endure the shockwaves, the vessel proved to be able to "take a hit", according to the publication.

The US Navy issued a statement confirming that the trials were successful.

"The first-in-class aircraft carrier was designed using advanced computer modeling methods, testing, and analysis to ensure the ship is hardened to withstand battle conditions, and these shock trials provide data used in validating the shock hardness of the ship", the US Navy said in a statement.

According to the US Geological Survey, the blast produced by the explosives was registered as a 3.9-magnitude earthquake.

The USS Gerald R. Ford, an advanced US Navy aircraft carrier, was commissioned on 22 July 2017 by then-President Donald Trump.