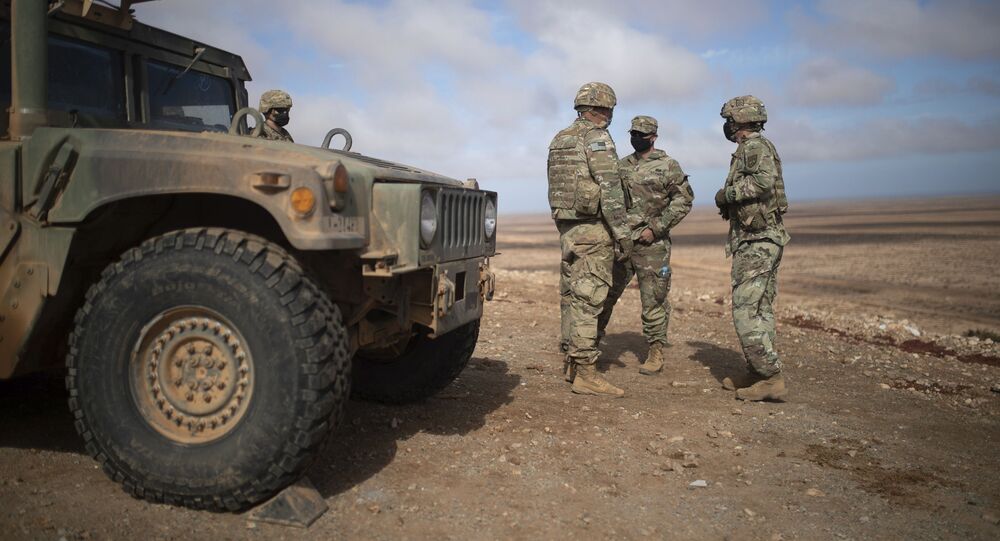 COVID No Longer a Problem? US, NATO Conclude Drills in Africa After Ditching Them in 2020

The US military said the drills were carried out in order to improve the interoperability of the alliance’s forces with their African partners. However, American media reports suggested earlier that the Pentagon is mulling sending special forces trainers to at least one African state to help fight terrorists.

Joint exercises between NATO and countries in northern and western Africa that took place over the past two weeks have now come to an end. The military drill, called "African Lion", saw 7,000 troops from the African states of Morocco, Tunisia, and Senegal, as well as from several NATO countries – the US, UK, Italy, and the Netherlands – train on interoperability.

Upon the drills' completion on 18 June, the commander of the US Army Southern European Task Force, Africa, Andrew Rohling, praised the exercise as "exceptional".

"It has helped our interoperability, our joint capabilities, and provided readiness and a good opportunity to build cohesion across the forces", Rohling said.

Last year, NATO abandoned the idea of holding the African Lion games due to the pandemic. However, this year the US, which led the drills, decided to devote them to operating amid the complicated conditions of the pandemic. Head of US Africa Command, General Stephen Townsend, stressed that the pandemic did not impact NATO's readiness to engage with its partners in Africa.

"We understand how important this training is to our forces and our partners and how to better operate in a degraded COVID environment", Townsend stated at the start of the military exercise.

The joint NATO-African drill took place in the wake of a report by The New York Times claiming that the Pentagon was considering the option of sending several dozen special forces trainers to Somalia. The move would supposedly be aimed at helping the local authorities quell the threat posed by al-Shabab, a local terrorist group associated with Al Qaeda*.

US Defence Secretary Lloyd Austin has not confirmed the report, which would be a step away from Trump's decision to reduce Washington's military presence on the continent by 700 troops. However, former President Trump's most recent orders on troop redeployment are currently under review at the behest of his successor, Democrat Joe Biden. The Africa withdrawal orders are also part of the review process.