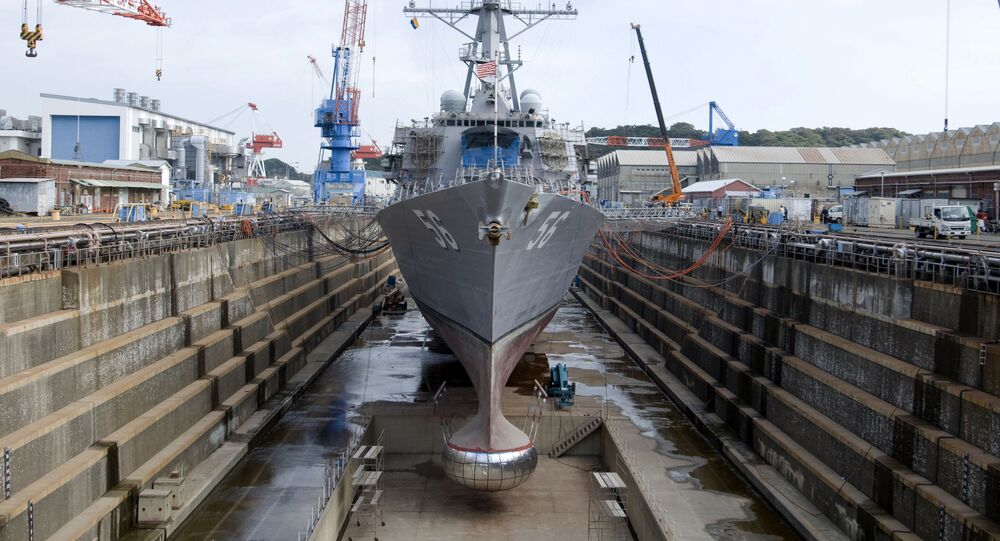 In New Shipbuilding Plan, US Navy Steps Away From Vaunted 355-Ship Fleet Goal

The US Navy submitted to Congress an unusual 30-year shipbuilding plan on Thursday that includes a potentially smaller fleet than the 355 ships the service has aspired to since 2016.

Updated 30-year projections are required to be submitted to Congress annually, although according to the Congressional Research Service, one typically isn’t sent by an administration during its first year in office. However, the Biden administration has sent an abbreviated one earlier this week and promised a fuller report in 2022.

A major shift in the document is that it says that a fleet smaller than 355 ships could potentially be enough to counter China’s growing People’s Liberation Army Navy (PLAN). In 2016, the Pentagon concluded that 355 ships was the minimum number the Navy would need by 2030 - later extended to 2049 - but this new report says that as few as 321 manned vessels - or as many as 372 manned vessels - are both potential goals.

US Secretary of Defense Lloyd Austin told the Senate Appropriations Committee on Thursday that “355 is a good goal to shoot for.”

The plan still broadly follows shipbuilding plans laid out in the final months of the Trump administration. A Future Force Study the Navy released in September 2020 proposed dramatic shifts in fleet composition, including a massive force of between 480 and 512 hulls by 2045, of which at least 140 would be unmanned. The upper limit of the Thursday document is also 512 vessels.

However, a 30-year shipbuilding plan from the White House Office of Management and Budget from December suggested paring down the number of carriers from 11 aircraft carriers to just seven by 2046. While Thursday’s report contains no exact construction plans beyond the fiscal year 2022 budget request, it does include between nine and 11 carriers in its potential force layouts, as well as eight or nine amphibious assault ships, which the Navy has explored repurposing as “lightning carriers” loaded down with F-35B fighters.

The US Navy presently has 296 vessels in its inventory and 251 in commission. However, the Navy’s shipbuilding timetable is well below its official goals, being presently on track to be 13 ships short by 2025.

By comparison, the Chinese PLAN is already nominally larger than the US Navy and plans to grow to 425 ships, becoming a more potent force as older vessels are replaced by new advanced warships that include stealth-detecting destroyers, large cruisers, aircraft carriers and amphibious assault ships. The force presently has just two aircraft carriers in service, although a prolonged focus on long-range missiles has ensured the PLAN is able to punch above its weight, posing a danger to US warships that come within hundreds of miles of shore.