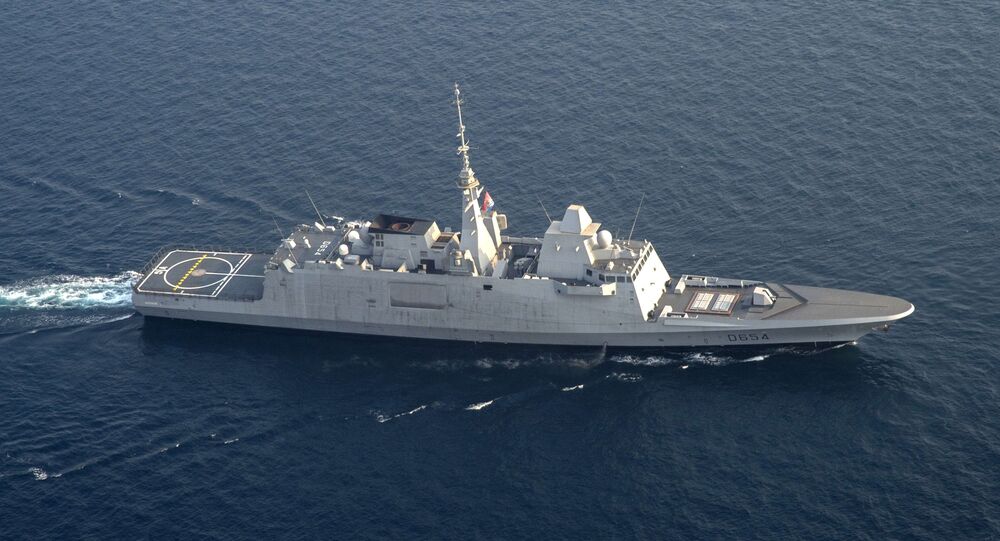 Two months after losing an aging submarine with all hands, Indonesia is looking to drop serious cash in order to modernize its military, buying up new warships and aircraft. Meanwhile, regional nations are meeting to try and defuse tensions in the South China Sea.

Jakarta is considering a massive new modernization effort that would pump $125 billion over the next three years into buying a slew of new weapons, including possibly tripling the size of its submarine fleet, according to a draft presidential decree obtained by Benar News.

According to the outlet, the government proposes putting $79.1 billion into procuring new military equipment, while keeping another $13.4 billion for paying off interest on loans, and another $32.5 billion for contingencies and maintenance.

This is a dramatic increase in spending: Jakarta’s defense budget for 2021 is just $9.6 billion, but this plan would increase it to $26.3 billion per year.

“Investment made during the 2021-2024 period will increase Indonesia’s bargaining position to obtain defense equipment at more affordable prices,” Dahnil Anzar Simanjuntak, a spokesperson for Defense Minister Prabowo Subianto, said on Twitter earlier this month. “In addition, because the investment is made in a relatively short time, it can be ascertained that all equipment purchased will be interoperable.”

The draft reportedly includes no firm statements about which equipment will be sought. However, several major deals have recently been reached or pitched that will likely play a part.

A Slew of New, Potential Deals

Last week, Italian shipbuilder Fincantieri announced it had signed a deal of unknown value to sell Indonesia six of its European Multi-Purpose Frigates (FREMMs), an advanced new class of warship in use by several militaries. In France, they are called the Aquitaine class, while Italy’s navy calls them the Bergamini class. The US Navy has also ordered several modified FREMMs to serve as its Constellation-class frigates, of which it may order as many as 20.

In addition, Indonesia is also set to buy two of Italy’s Maestrale-class frigates, an older, smaller class of warship that is about half the size of the 6,700-ton FREMM, and which Jakarta will obtain once they are retired from the Italian Navy. The Fincantieri statement didn’t say when that would be.

Sputnik Screenshot
Korea Aerospace Industries (KAI) reveals its KF-21 stealth fighter, an indigenous alternative to the F-35, at its factory in Sacheon, South Korea on April 9, 2021

According to Nikkei Asia, Indonesia also plans to increase its submarine fleet from four to 12 after the loss of the KRI Nanggala-402, a diesel-electric submarine built in 1977 that sunk in April during a live-fire torpedo drill off the eastern tip of Java. All 53 crew members died in the accident.

April also saw the unveiling of the KF-21 Boramae, an indigenous alternative to the F-35 jointly developed by Indonesia and South Korea. While not an equal to Lockheed Martin’s stealthy jet, the KF-21 will enable South Korea to replace its aging inferior US export fighters, which include the Vietnam War-era F-4 Phantom II and F-5 Tiger.

Jakarta has a 20% stake in the Boramae program. However, in the run-up to the jet’s unveiling, it was widely speculated that due to economic troubles, Prabowo might seek to renegotiate that percentage downward; his appearance at the ceremony at the Korea Aerospace Industries factory in Sacheon-si dispelled those rumors.

Lockheed Martin also said last month that the US government would not object if Jakarta wanted to buy more advanced versions of its F-16 fighters, offering the Southeast Asian nation some of its F-16V “Viper” variants, which sport advanced radars and are compatible with newer weapons systems.

On Wednesday, Prabowo signed a letter of intent to buy 36 Rafale fighters from Dassault and eight F-15EX Strike Eagles from Boeing by 2024.

According to the South China Morning Post, Jakarta’s primary concern is events in the South China Sea, where several nations have made overlapping claims to groups of small islands that may contain hydrocarbon deposits in the surrounding seafloor. China’s claim is the largest, encompassed by the so-called “Four-Sha” claim to the Paracel and Spratly Island chains as well as Pratas Island and Scarborough Shoal. A small part of this claim overlaps with Indonesia’s, but includes no territory, only sea, and no issue has yet arisen. However, last year Jakarta declined to host US spy planes used to scour the waterway on a daily basis.

On Tuesday, defense ministers of the Association of Southeast Asian Nations (ASEAN), of which Indonesia is a member, held virtual meetings in which they discussed, among other things, working more quickly to finalize a code of conduct for the South China Sea. The document would provide a legal framework for nations to resolve disputes over drilling and exploration rights, fishing rights, and military access.

On Wednesday, ASEAN met with eight dialogue partners - Australia, China, India, Japan, New Zealand, South Korea, Russia, and the US - and India again urged them to complete a code of conduct with China in order to ensure all nations obey and are protected by the 1982 United Nations Convention for the Law of the Sea. The week prior, the foreign ministers of China and ASEAN released a joint statement pledging to avoid provocations in the waterway, and a few days earlier, the naval chiefs of China and Vietnam agreed to establish a hotline for resolving naval situations.

However, the US has made no such agreement to reduce tensions. Despite having no territory within 1,500 miles of the South China Sea, the US Navy has dispatched another carrier battle group to the waterway, with the USS Ronald Reagan arriving on Tuesday. The Biden administration is also mulling the creation of a permanent naval task force assigned to the region, allegedly to “counter China.”

Indonesia Recovers Debris Believed to be From Missing Submarine