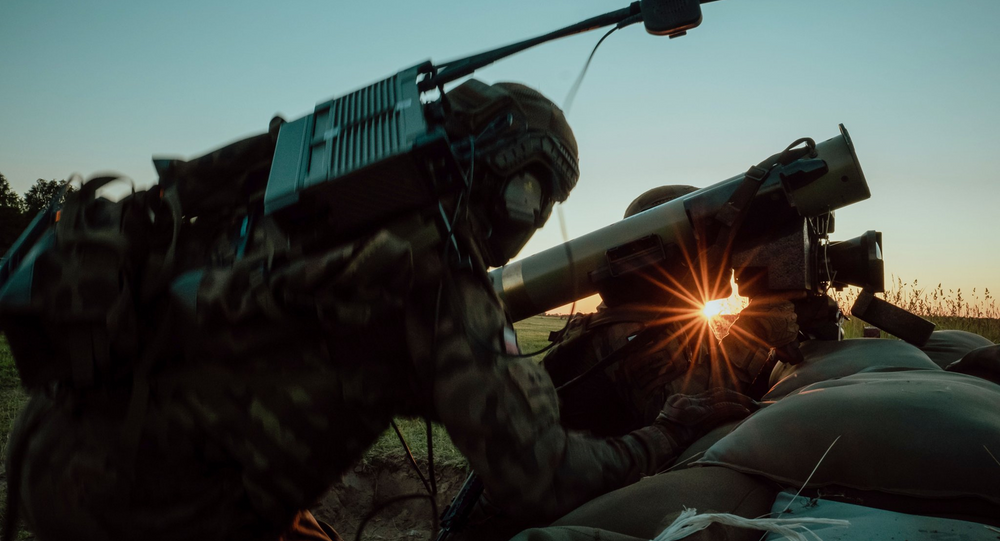 Warsaw signed a contract with the US on the purchase of dozens of FGM-148F Javelin anti-tank systems in mid-2020. The country expects to receive 60 launchers and 180 missiles along with a training and logistics support package by the end of the current year.

Speaking to reporters on Thursday after taking part in a demonstration exercise at a training ground in northern Poland, Blaszczak indicated that territorial defence forces units were already training using the system.

“This is a new weapon which has been delivered to the Polish Army. The Javelin will be used by territorial defence troops stationed in our country’s east. This is very important when it comes to the whole system of deterring the potential aggressor,” the defence minister said.

Thursday’s demonstrative drills saw the first-ever firing of a Javelin by Polish troops. The Territorial defence troops’s official Twitter published photos and video of the firing.

Developed in the 1980s and first introduced into service with the US military in 1996, the Raytheon-Lockheed Martin-manufactured Javelin portable anti-tank system has been used in a broad range of conflicts, including the 2003 US invasion of Iraq, the US war in Afghanistan, and the US-instigated civil wars in Syria and Libya.

The US has also sold the system to the UK, France, Australia, several Gulf nations, Indonesia, Taiwan, Ukraine, Georgia, Estonia, Lithuania, Norway and the Czech Republic. However, Blaszczak said the Polish military was the first apart from the US itself to receive the latest version of the Javelin, known as FGM-148F –which is said to contain a multipurpose warhead to make it more effective against both armoured and soft targets, and have an improved guidance system.

Poland’s successive governments have actively lobbied the United States to increase the size of their military footprint on Polish soil, encouraging the Trump administration to move US troops leaving Germany to Poland, and welcoming an array of NATO deployments and drills on its territory over the years.

© AP Photo / SCOTT HOWE
NATO May Speak Up Against Deployment of Land-Based Nukes in Europe - Report
Poland is also home to one of the two US Aegis Ashore missile defence systems in Eastern Europe, with the other stationed in Romania. The Poland-based system is expected to go online sometime in 2022 after years of construction delays. Moscow has repeatedly expressed its concerns over the deployment of the missile defence systems. While the Aegis is not capable of intercepting the new generation of Russia’s hypersonic missiles, the Russian military has pointed out that its MK-41 interceptor launchers could easily be used to fire offensive nuclear-tipped Tomahawk cruise missiles into Russia in an attempt to decapitate the country’s civilian and military leadership.
...
Reddit
Google+
Blogger
Pinterest
StumbleUpon
Telegram
WhatsApp
225
Community standardsDiscussion