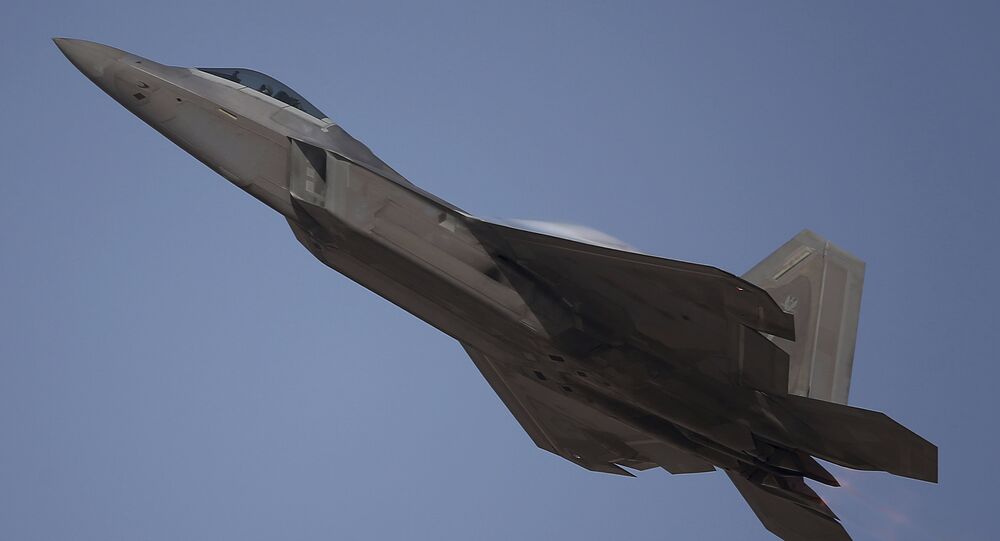 Russia’s Pacific Fleet kicked off large-scale manoeuvres last week involving 20 warships, submarines, and support vessels, as well as aircraft, with the exercises seeing ships sailing up to 4,000 km from their home bases and standard operating areas.

The presence of Russian Navy vessels 500-800 km west of Hawaii are the reason why three missile-armed Hawaii Air National Guard F-22 fighter jets were scrambled on Sunday for an “irregular air patrol,” CBS News has reported, citing US defence officials.

The officials, who were not named, said Russian aircraft did not enter Hawaii’s Air Defence Identification Zone (ADIZ), and were not intercepted.

CBS’s sources also indicated that the USS Vinson-led carrier strike group engaged in drills east of Hawaii was moved closer to the islands in response to the Russian exercises.

A spokesman for Indo-Pacific Command did not comment on the movements of US naval and air assets, but confirmed that the command was “monitoring the Russian vessels operating in international waters in the Western Pacific,” and said the US expected them to do so “in accordance with international law.”

The publication of CBS News’ report put to rest rumours about the F-22 scramble following a minor panic. In their statement on Monday, officials did not give a reason for the patrol, only confirming that three Raptors from the 154th Fighter Wing were launched between 4 and 5 pm local time from Joint Base Pearl Harbor-Hickam, and that they “cannot discuss further specifics of the situation.”

© Photo : Russian Defence Ministry
Watch Russian Navy Kick Off Large-Scale Drills in Pacific Ocean
Media inquiries to the Federal Aviation Administration, which requested the flights, prompted the agency to say only that it had “a close working relationship with the military,” with no further information given.

The cryptic nature of US officials comments sparked concern from local and national media, with multiple outlets referring to the planes “mysterious” launch “in response to an unknown incident,” and The Drive’s The Warzone mystifyingly titling a piece “Hawaii-Based F-22s Scrambled on FAA’s Request But Nobody Will Say Why.”

Last month, the US was forced to delay the testing of an SM-6 missile off Kauai Island due to the presence of the Kareliya intelligence ship nearby. The rescheduled test later ended in failure. On top of its Pacific drills and intelligence-gathering operations, Russia also occasionally sends missile-carrying strategic bombers for patrols off the coast of Alaska, forcing the Air Force to maintain a large garrison there.

© AP Photo / Kamran Jebreili
US Air Force Plans to Put Down Problematic Lockheed Martin F-22, Replace It With Sixth-Gen Jet
In a related development, the US Air Force announced last month that the US was planning to retire its entire fleet of F-22s over the next decade, citing small production numbers, cost of operation, and increasingly advanced enemy air defences, as well as problems with spare parts. The $678 million-apiece aircraft, once deemed the most expensive planes ever built before the arrival of the $1.7 trillion F-35 programme, were introduced into service in 2005, but have subsequently spent most of their time intercepting Russian bombers designed in the 1950s, and carrying out a small number of missions in Syria and Afghanistan.
...
Reddit
Google+
Blogger
Pinterest
StumbleUpon
Telegram
WhatsApp
29135