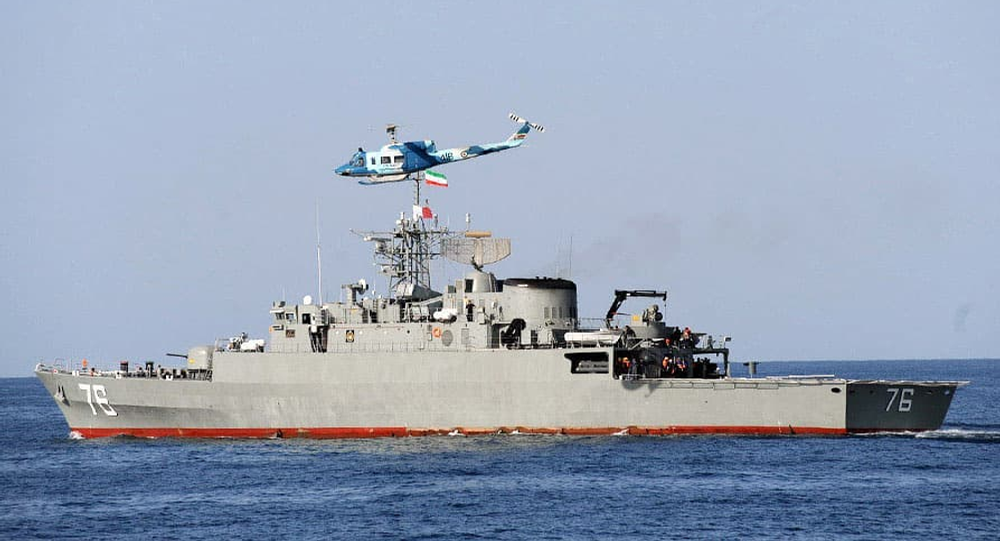 Until recently, the Iranian Navy and the elite Revolutionary Guard Navy have limited their operations to the protection of the country’s coastlines, with occasional deployments taking place in the Red Sea, the Mediterranean and the Indian Ocean.

“The presence of the naval fleet of the Islamic Republic of Iran Navy in the Atlantic Ocean has greatly worried the enemies of the country,” Khanzadi said, his remarks cited by PressTV. “This is while the presence of the strategic naval forces of the Islamic Republic of Iran is aimed at promoting cooperation with littoral countries in the Atlantic Ocean,” the officer added.

The top commander made the comments during Monday’s ceremonial launch of two vessels –the Dena Moudge-class frigate and the Shahin minesweeper.

Iran recently sent the Sahand, another Moudge-class warship, to the Atlantic Ocean, with the ship seen escorting another ship – the Makran port ship and fuel carrier. The pair of vessels is heading to Venezuela, and the deployment follows years of harassment and threats against Iranian vessels carrying emergency fuel and food suppiles to Caracas by the US and its allies.

The Sahand and Makran’s deployment is a first of its kind for Iran, with both ships sailing to the Atlantic from home ports in Iran without having to make port calls in other countries.

Commenting on the deployment, Khanzadi boasted that Iran no longer needs “any port or coast to berth and enjoy necessary abilities and power for any kind of operations in that region.”

Iran unveiled another warship capable of long-distance operations - the Revolutionary Guard Navy-operated multipurpose vessel known as the Shahid Roudaki, late last year. That vessel is thought to be capable of carrying an array of weapons including helicopters, drones, fast attack missile boats and anti-aircraft missile systems  -among them a Khorad missile system like the one which shot down a stealthy $200 million US drone over the Strait of Hormuz in mid-2019.

The Islamic Republic was forced to build up much of its defence industry from scratch after its traditional Western partners halted arms sales following the Revolution of 1979. The domestic defence sector received another boost after the United Nations slapped the country with an arms embargo in 2010 over its alleged pursuit of nuclear weapons. Tehran has long maintained that it has no intention of pursuing nuclear weapons. The embargo was lifted last October.