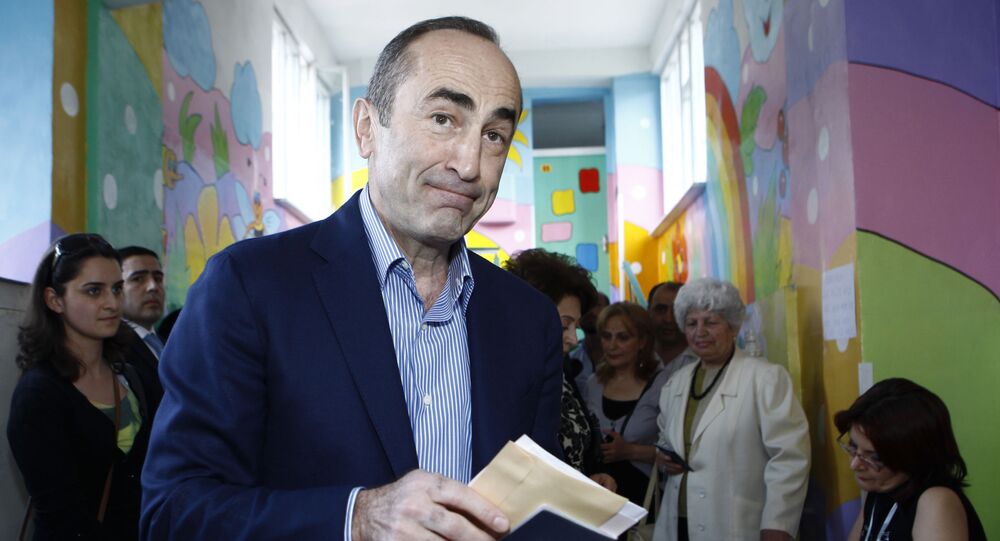 YEREVAN (Sputnik) - The conflict in Nagorno-Karabakh must have shown to Armenia the importance of possessing its own fleet of drones and means of electronic warfare, former President Robert Kocharyan said.

"Drones were instrumental in our defeat in the war. In all other respects, we were on a par with the enemy. This means that we need to have our own drone aviation and, perhaps even more importantly, anti-drone equipment, meaning electronic warfare systems," Kocharyan said.

Experts consider Azerbaijan's success as largely owing to military drones provided to it by allied Turkey.

The 44-day conflict ended with a Russia-brokered trilateral declaration of ceasefire on 10 November. Russian peacekeepers were deployed to Nagorno-Karabakh to monitor the truce.

On 20 June, Armenia will hold a general election where Kocharyan will be running as a candidate from the opposition. The snap vote was a result of an internal political crisis that was triggered by significant territorial concessions to Azerbaijan in the armed hostilities in Nagorno-Karabakh last fall.