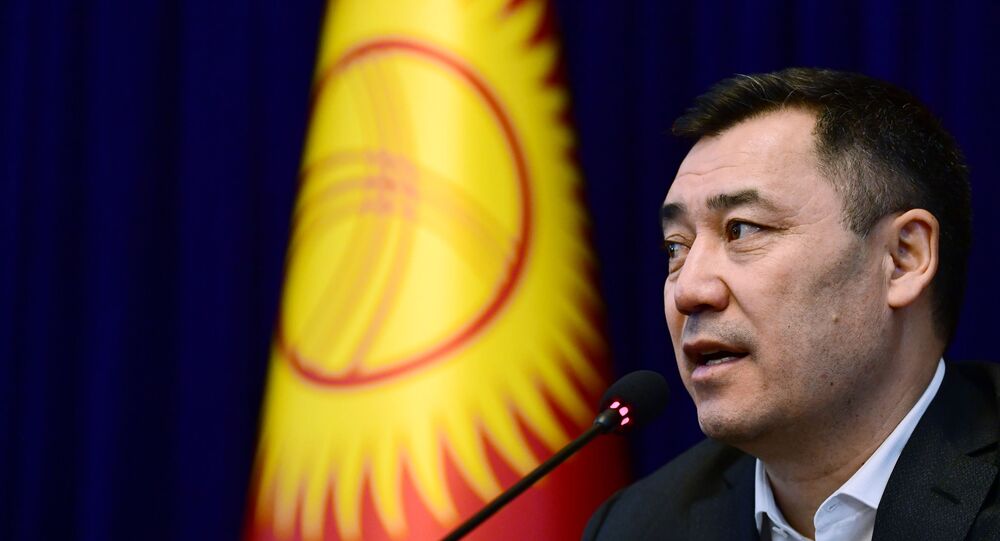 BISHKEK (Sputnik) - Kyrgyz President Sadyr Japarov believes it is important to build up cooperation with Turkey in the military sphere, his press service told Sputnik on Wednesday.

The Kyrgyz leader is currently in Ankara for an official visit until June 11. On Wednesday, he participated in the meeting of the High Council for Strategic Cooperation of Kyrgyzstan and Turkey.

"In his address, Sadyr Japarov stressed that friendship between Kyrgyzstan and Turkey has reached a new level. The president focused on the main areas of bilateral cooperation and emphasized the importance of continuing political dialogue and partnership in the military and security spheres," the press service said.

According to the statement, Japarov reaffirmed Kyrgyzstan's determination to fight cybercrime, smuggling, trafficking of drugs, weapons and people, illegal migration and terrorism, as well as transnational organized crime and other threats to global security.

"He underlined that the two countries share similarities in key positions concerning global and regional politics. The head of state further confirmed the need to strengthen cooperation in the field of security within the framework of international and regional organizations," the press service said.

Additionally, Japarov noted the paramount importance of a comprehensive military cooperation with Turkey for strengthening the regional security in Central Asia and boosting Kyrgyzstan's defense capabilities.