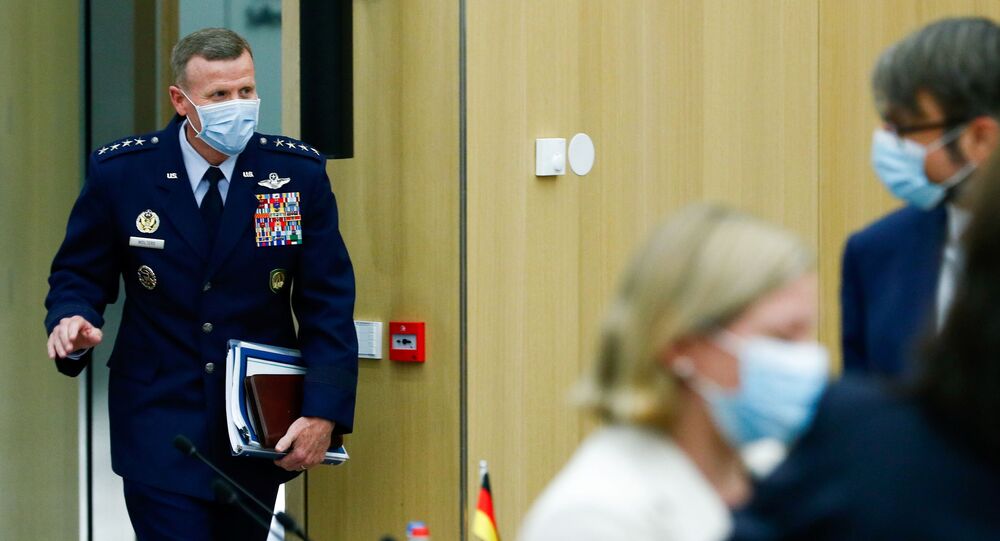 WASHINGTON (Sputnik) - China’s sales to US allies of 5G communications equipment threatens NATO’s ability to protect its forces in Europe and ensure interoperability of disparate national militaries, although the US is making progress in persuading allies to shun Chinese companies, NATO's Supreme Allied Commander, US General Tod Wolters said.

“Our goal is to make sure that the NATO equipment and the NATO force elements of the future are safe and secure and interoperable,” Wolters told the Atlantic Council on Wednesday. “As many know, with the infusion of 5G on behalf of China that is not the case.”

At the same time, Wolters reported some success in the efforts to steer US allies away from Chinese equipment.

“We’re seeing some trending as far as contracts are concerned that show us from a 5G perspective many of the European nations are looking away from China and more towards other vendors that are offering more secure systems that are more NATO interoperable," Wolters said.

Walters spoke President Joe Biden arrived in Europe to attend a weekend G7 summit in the United Kingdom, followed by a NATO summit in Brussels and a meeting with Russian President Vladimir Putin in Geneva.

Legislation aimed at countering China’s push for technical dominance, approved by the US Senate on Tuesday, would prohibit the Commerce Department from removing sanctions against Chinese telecom giant Huawei, a global leader in 5G technology.

The sanctions reflect US fears that Huawei equipment provides so-called backdoors that could allow Chinese intelligence to spy on users. However, media reports suggest that some US allies, including Britain and Germany, are prepared to permit sales of some Huawei equipment over Washington's objections.