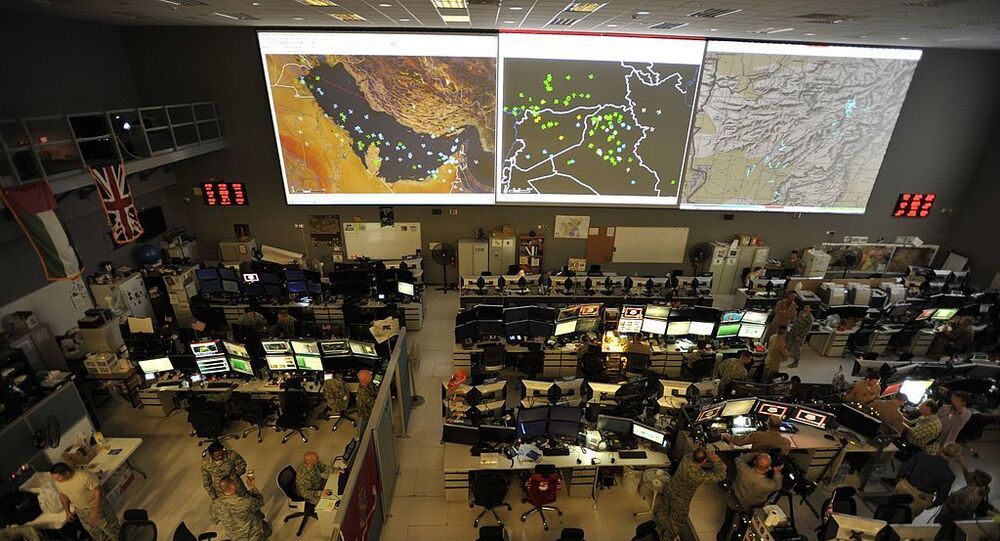 The United States and its NATO allies began their "final" withdrawal from Afghanistan last month after nearly two decades of war. President Biden promises to complete the troops’ extraction by the 20th anniversary of the 9/11 terror attacks.

United States Central Command (USCENTCOM), the entity responsible for operations in Afghanistan and the Middle East, has issued a fresh report on the status of forces in the country amid Washington’s continuing withdrawal, saying that “greater than 50 percent of the entire retrograde process” has been completed to date.

“Since the President’s decision, the DoD has retrograded the equivalent of approximately 500 C-17 loads of material out of Afghanistan and have turned nearly 13,000 pieces of equipment to the Defence Logistics Agency for disposition,” CENTCOM said in its statement. The equipment mentioned is said to be comprised “almost entirely of federal excess personal property,” and not defence articles or “major equipment.”

Six military facilities have now been handed over to the Afghan military, and CENTCOM expects additional transfers “of bases and military assets in the future” to help shore up Kabul’s military capabilities.

The command indicated that going forward, it would not provide the public with any additional reports on what percentage of forces have been evacuated, citing “operational security reasons” and the need to “preserve force protection.”

On Monday, CENTCOM chief Gen. Kenneth McKenzie said that the Pentagon was on track to meeting the September deadline “to complete the full withdrawal from Afghanistan” and indicated that the US military’s current role was to provide security advice to Kabul and engage in counterterrorism operations.

© AFP 2021 / PATRICK BAZ
US Left Scrambling For Military Base Near Afghanistan as Pakistan Denies Access to Land
Under the US-Taliban peace agreement, approved by the Trump administration and representatives of the fundamentalist group in Doha in February 2020, the US and its allies were supposed to have finished their exit from Afghanistan by 1 May, 2021. After stepping into office, President Biden delayed the withdrawal, with US allies expanding their footprint in the country while Washington figured out its next move.

In a televised address in April, Biden announced a withdrawal deadline of 11 September 2021 – the 20th anniversary of the 9/11 terror attacks, which served as the formal pretext for the US invasion of Afghanistan in late 2001, ostensibly to capture or kill al-Qaeda mastermind Osama bin Laden. Bin Laden was later found living in a compound in neighbouring Pakistan in an affluent neighbourhood favoured by senior officials from Inter-Services Intelligence, Pakistan’s main spy agency, and was reportedly assassinated in a US SEAL Team raid in May 2011.

Along with various logistical issues associated with the Afghanistan withdrawal, the Pentagon has faced headaches associated with what to do with its troops, and where to set up new bases, as Afghanistan’s neighbours have rejected US overtures to station forces on their territories. Promising to continue to aid the Afghan security forces in counterterrorism operations, US officials have warned that drone and bomber flights into the war-torn country would take significantly longer once US troops on the ground are gone.

In his April speech, Biden encouraged Russia, China, India and others to step up and “do more to support” Kabul as it struggles to fend off Taliban fighters, which are active in almost every part of the country. Beijing has subsequently expressed concerns over the speed of US exit from the country, suggesting last month that the “hasty withdrawal” has already “dealt a serious blow to the peace process,” and “negatively affected regional stability.”

© Sputnik / V. Kiselev
30 Years After Soviet Afghan Pull-Out: CIA-Funded Mujahideen War Backfired on US
Afghanistan is the longest war in US history. Over 100,000 Afghan civilians and members of the country’s security forces, tens of thousands of Taliban fighters, 3,500 US and coalition troops, and 4,000 Western mercenaries have been killed in the conflict, with tens of thousands more injured and millions of civilians becoming refugees. Afghanistan has been wracked by conflict and internal instability for over four decades now, with its roots going back to the Cold War and CIA support for Islamist militants fighting the Soviets.
...
Reddit
Google+
Blogger
Pinterest
StumbleUpon
Telegram
WhatsApp
02