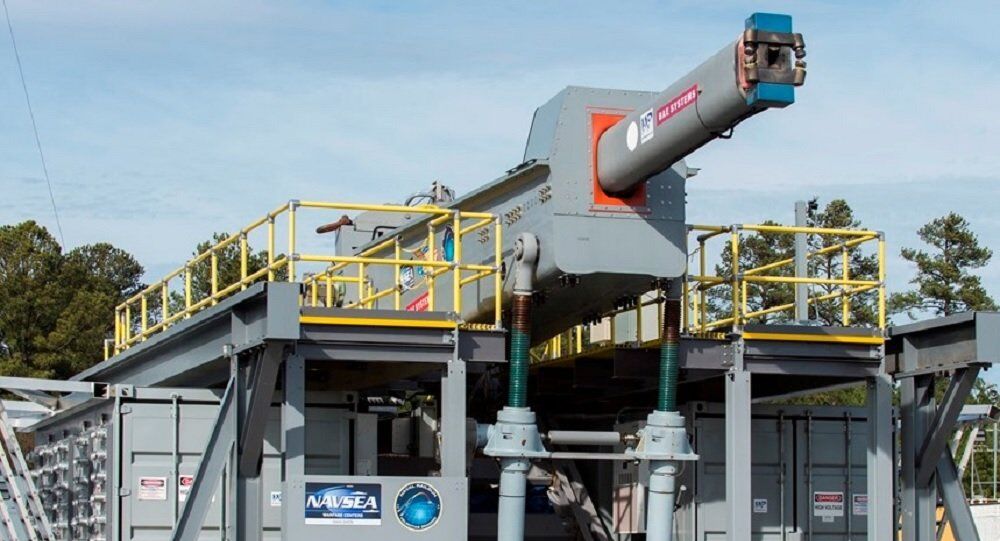 In the US Navy’s proposed budget for the coming fiscal year, it has dropped funding for the programs developing an electromagnetic railgun and the special hypervelocity rounds it would have fired.

Military technology sites The War Zone and Military.com separately reported in the last week that the Navy had cancelled the two programs, freeing up millions of dollars in a notoriously tightly-pinched budget.

One program, the “Gun Launched Guided Projectile,” or hyper-velocity projectile (HVP), was a meter-long dart made of solid metal intended to be flung so incredibly fast at a target that its kinetic energy alone would be explosively released upon impact. Deleting it freed up $5.9 million from the budget.

Another was the electromagnetic railgun created to fling the hypervelocity round at speeds of up to Mach 7 and distances of up to 110 miles away. According to The War Zone, the two line items related to funding the weapon have been zeroed out in the 2022 budget pitch.

"Railgun technology and knowledge attained will be documented and preserved," the document states, according to the outlet, adding that "railgun hardware will be realigned to maximize its sustainability to facilitate potential future use."

In other words, the Pentagon is halting the effort for now, but not giving up totally.

While the railgun was successfully built and fired, the extreme stress caused by firing it wore out the gun barrel after just a handful of shots. Further, the colossal amount of energy needed to power the electromagnets that accelerated the HVP to 4,500 miles per hour - 20 megawatts of power - is only available on a handful of naval vessels, but only realistically usable on three: the Zumwalt-class destroyers USS Zumwalt, Michael Monsour, and Lyndon B. Johnson. Each is capable of producing 78 megawatts of power.

However, the Navy has already committed to transitioning these huge stealthy warships into conventional missile cruisers, although they may one day carry hypersonic missiles, Chief of Naval Operations Adm. Mike Gilday said in April.

The Pentagon also considered using a modified version of the HVP in place of conventional artillery and deck gun rounds, but never put in much effort towards the process of converting existing hardware to accommodate the new round.

The Chinese People’s Liberation Army has also explored arming a warship with a railgun, installing one on the Type 072II-class landing ship Haiyan Shan in 2018 for testing purposes. In July 2020, the PLA adopted a new turbo power generator similar in design to those powering the Zumwalts, with the China State Shipbuilding Corporation’s (CSSC) 704 Research Institute that each generator can put out 20 megawatts of electricity.