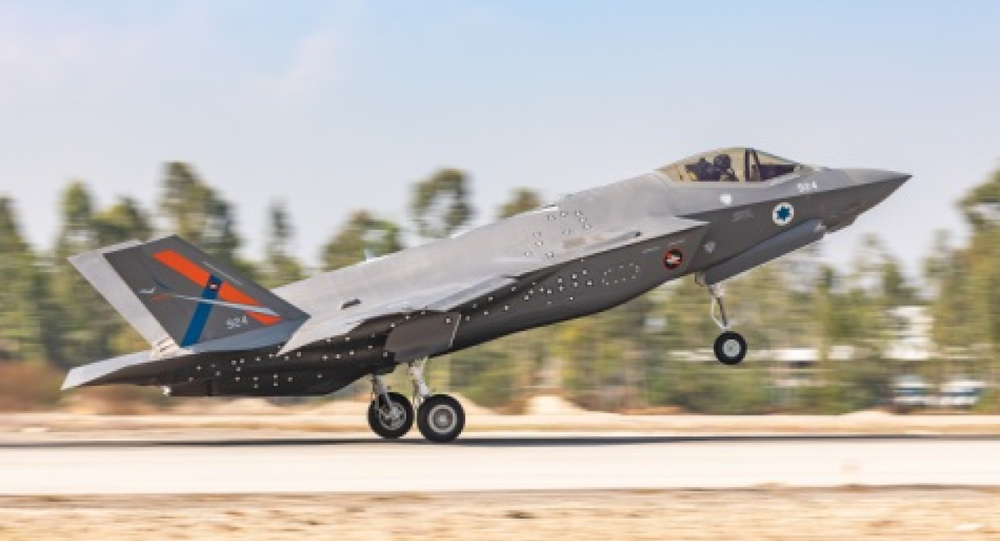 Israel-Iran relations remain tense, as Prime Minister Benjamin Netanyahu has warned that Tel Aviv may resort to unilateral action to prevent Tehran from acquiring a nuclear weapon. The Islamic Republic, in turn, has repeatedly said that it "has not sought and will never seek nuclear weapons".

Israeli F-35 jet fighters arrived in Italy last week to take part in a large-scale two-week air exercise, which aside from the hosting country will also include the United States and the United Kingdom.

This is the largest and most distant exercise that Israeli F-35 jets have participated in to date, the country's military said on Sunday.

“This is an important drill for the Air Force to take the F-35 further”, an Israeli Air Force official told reporters.

“This exercise has great value in our ability to deploy the F-35 to remote bases and allows us to increase the squadron’s performance”, the official said, as cited by The Jerusalem Post.

© REUTERS / POOL
Netanyahu Vows ‘Not to Allow a Nuclear Iran,’ Even at Cost of Israel’s ‘Friction With US'
A senior Israeli Air Force officer said that in part, this exercise is meant to prepare Israeli pilots to use the fighter jet against Iranian forces, The Times of Israel reported.

“Iran is in our focus”, the senior officer told members of the press on condition of anonymity, the outlet reported.

In addition to its F-35s, Israel is also sending F-16A/Bs and G550s. Six F-35s from Israel will join nearly 30 aircraft of this class in the drill.