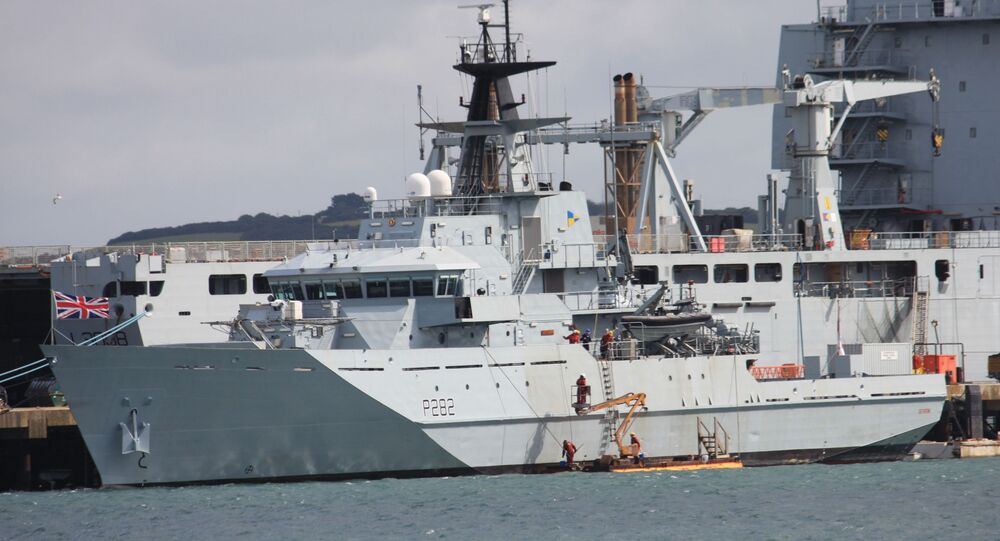 International military vessels are permitted in the Black Sea under the 1936 Montreux Convention, but the number and tonnage are restricted given the national security concerns of the region’s littoral states.

UK Royal Navy warship the HMS Trent has been spotted on its way through the Bosphorus Strait in Turkey after leaving the Black Sea, the Daily Mail reported.

Last month, British media reported that the Royal Navy had sent the vessel to the Black Sea amid a major escalation of tensions in eastern Ukraine. Officials in the breakaway Donbass republics accused Kiev of preparing a new major military offensive. Washington, its European allies, and Kiev, for their part, accused Moscow of deploying troops on the border and seeking “provocation”. Russia, in turn, urged Kiev and the Donbass republics to stick to the terms of the Minsk ceasefire.

At the time, Moscow warned that the US and NATO were “deliberately turning Ukraine into a powder keg” with weapons deliveries, and emphasised that if any escalation takes place, “the responsibility for the consequences of such an escalation will lie entirely at the feet of Kiev and its Western curators”.

© Sputnik / Vitaly Timkiv
Russian Su-27 Intercepts Three French Air Force Planes Over Black Sea - Video
The HMS Trent made its maiden call to Gibraltar on 9 August 2020 and got stuck there for a longer period of time than expected due to technical issues it had faced at sea.

The ship was deployed to patrol the Central and Eastern Mediterranean Sea as part of Operation Sea Guardian, a NATO effort to tackle maritime terrorism as well as arms smuggling and human trafficking.