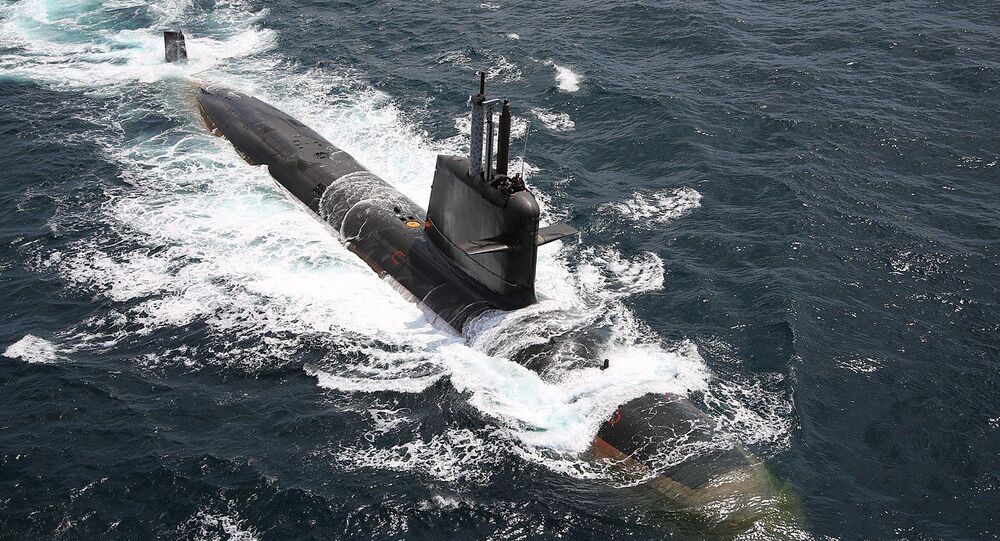 In 1999, India approved a 30-year submarine construction plan for 24 conventional subs. Now, the Indian Defence Ministry has revised its plans in light of the increasing presence of the Chinese Navy in the Indian Ocean Region.

India's Defence Acquisition Council has cleared a 22-year-old proposal to construct six diesel-electric submarines with air-independent propulsion technology at a cost of around $7 billion. Indian Defence Minister Rajnath Singh said that with this approval, the country will be able to accomplish its 30-year submarine construction programme and acquire national competence in building such vessels.

"This is a landmark approval, being the first case processed under the Strategic Partnership model. This would be one of the largest ‘Make in India’ projects and it will create a tiered industrial ecosystem for submarine construction in India", Singh said.

The Strategic Partnership model stipulates collaboration between one of India's private defence shipbuilders and a foreign manufacturer. Government sources in New Delhi have said that the tender for the approved project will be issued very soon.

The Indian Navy has assessed a requirement of at least 24 submarines to maintain its superiority over Bangladesh and Pakistan, who are poised to deploy additional submarines sourced from China soon. Despite a shorter coast to defend, Pakistan is adding eight Chinese-made conventional submarines to its existing fleet of five submarines.

Currently, India has only 15 submarines and the construction of three Scorpene-class submarines is underway at the MDL facility in Mumbai.

Indian Navy chief Admiral Karambir Singh has admitted the growing strength of China’s People’s Liberation Army Navy in the Indian Ocean Region and said that New Delhi is keeping a close eye on the increased Chinese naval presence in the area.