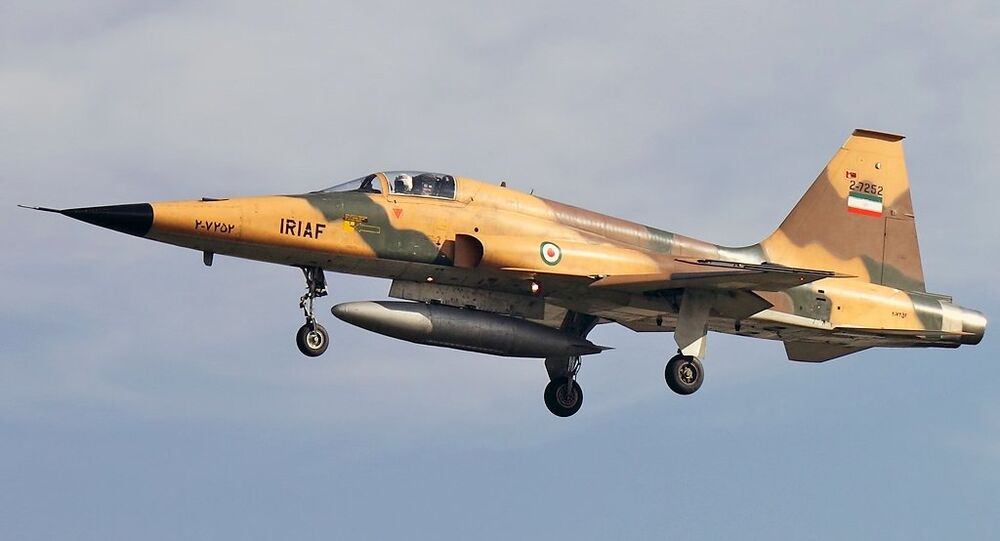 According to IRIB, the incident took place on Tuesday morning at the Dezful air force base in the southwestern province of Khuzestan.

Two members of the crew of an Iranian F-5 two-seater jet were killed on 1 June as a result of the abnormal activation of the ejection seats, according to the Islamic Republic of Iran Broadcasting (IRIB).

Earlier this month, a Swiss Air Force F-5 jet crashed in the central canton of Obwalden. The pilot of the F-5 Tiger successfully ejected from the cockpit and survived the crash.

Back in 2018, another F-5 fighter jet crashed in southern Iran, killing its pilot. The co-pilot managed to survive. The cause of the incident wasn't revealed. Iran bought its F-5 fighters from the United States before the 1979 Islamic Revolution.

The Northrop F-5 is a family of supersonic fighter jets, initially designed in the late 1950s by Northrop Corporation. In some countries, it remains in service to support training exercises.