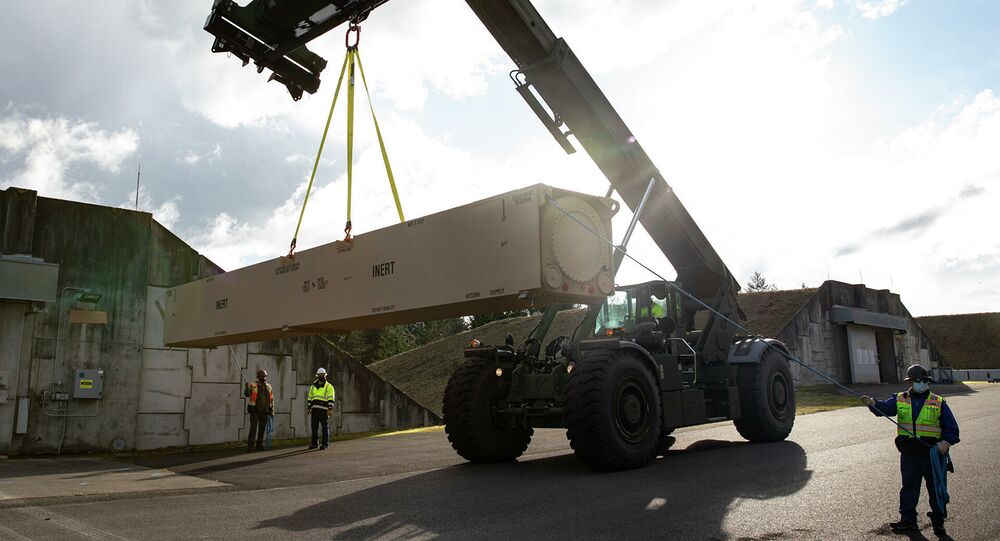 In May 2020, the Pentagon confirmed that it was developing a sophisticated hypersonic missile that was earlier touted by then-President Donald Trump as a "super duper" weapon.

The US Navy along with its industry team has conducted the first live-fire test of a rocket engine designed to propel the American military's Conventional Prompt Strike (CPS) offensive hypersonic missile and Long Range Hypersonic Weapon (LRHW).

According to a press release by the US Navy, the test of the first-stage solid rocket motor (SRM) was carried out in Promontory, Utah on Thursday.

"This successful SRM test represents a critical milestone leading up to the next Navy and Army joint flight test, which will take place in the first quarter of Fiscal Year 2022, and ultimately the fielding of the CPS and LRHW  weapon systems", the press release pointed out.

The navy described the SRM as part of "a new missile booster for the services" that will be combined with "a Common Hypersonic Glide Body (CHGB) to create the common hypersonic missile".

"Each service will use the common hypersonic missile, while developing individual weapon systems and launchers tailored for launch from sea or land", the navy added.

US Air Force/Giancarlo Casem
US Hypersonic Missile ‘Did Not Launch’ Due to Issue During Test, Air Force Says
Russia and China's drive to roll out state-of-the-art hypersonic missiles in recent years has prompted the US to step up the development of its own versions of such weaponry.

In 2020, then-US President Donald Trump touted a "super duper" missile, in an apparent nod to an American hypersonic glide vehicle that was successfully tested at the Pacific Missile Range facility in Hawaii, according to the Pentagon.