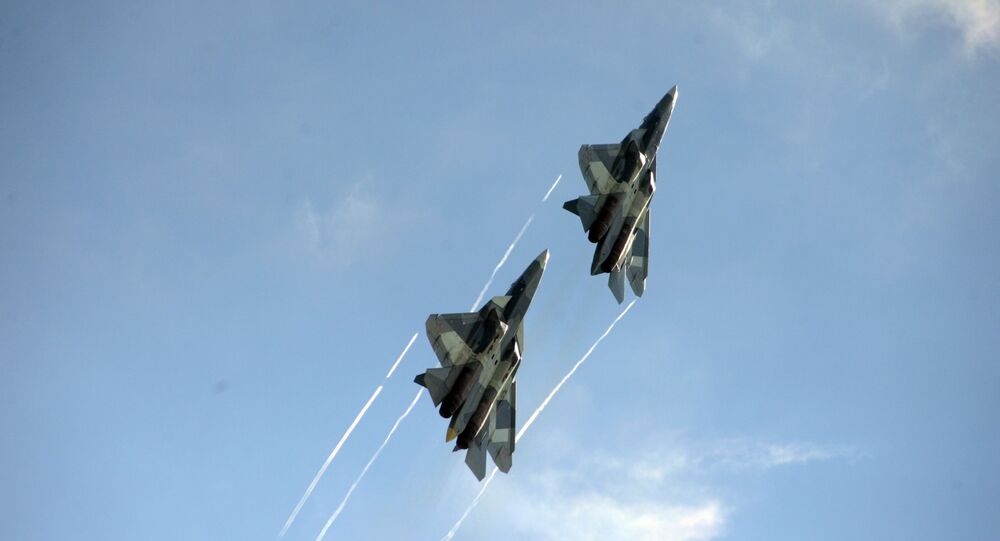 MOSCOW (Sputnik) - Russia's Sukhoi company began work on the creation of a tactical single-engine fighter of the 5th generation, which will be built using stealth technologies and Su-57 developments, a source in the aircraft construction industry told Sputnik.

To date, all fighters made in Russia, including the state-of-the-art Su-57, are equipped with two engines.

"Sukhoi design bureau, on its own initiative, is conducting research work to create a light multipurpose single-engine fighter of the 5th generation," the source said.

"During the creation of the aircraft, it is planned to widely use the groundwork developed in the framework of the creation of the Su-57, including the state-of-the-art product 30 engine, radio-absorbing coatings, on-board radio-electronic equipment, a weapon system," the source said.

Currently, single-engine fighters are widely used in the world. The most famous and most demanded of them on the world arms market are the American F-16 and F-35 fighters, the Swedish JAS-39 GRIPEN and China's J-10. The presence of only one engine significantly reduces the cost and labor intensity of aircraft production, and also simplifies and reduces the cost of its operation and maintenance.