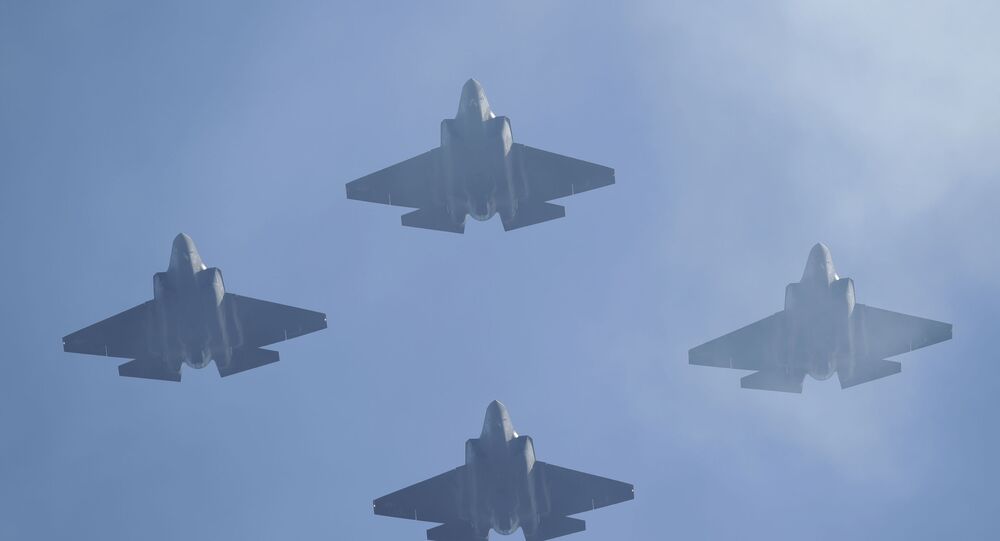 President Biden postponed the arms contract shortly after taking office to review it, but in April agreed to press forward, arguing that the weapons would not be shipped for years, giving the US enough time to resolve any remaining issues.

US officials are concerned that a $23 billion arms sale to Abu Dhabi could be jeopardized due to the growing relations between the United Arab Emirates and China, the Wall Street Journal reported on Tuesday.

Citing undisclosed officials, the outlet says that new transport flights between the two countries have been monitored by American intelligence agencies, with Chinese People's Liberation Army planes landing at an airport in the UAE.

And the Biden administration is concerned that if Washington proceeds with the multibillion-dollar sale of 50 F-35 fighter jets, 18 Reaper drones, and munitions, Abu Dhabi may give China, or other countries, access to US defense technology.

According to the report, officials from the Biden administration are currently seeking assurances that the Emirates will not allow access to the technology if the sale proceeds, which the Trump administration negotiated and accepted in the final days of its presidency as part of Abu Dhabi agreeing to normalize ties with Israel.

"The transfer of the F-35—the crown jewel in the U.S. arsenal—implies a degree of Emirati monogamy with Washington,” David Schenker, the former assistant secretary of state for near eastern affairs under former President Trump, is quoted in the report as saying. "More work needs to be done before these systems can be transferred."

According to Yousef Al Otaiba, the Emirati ambassador to the United States, who is also quoted in the report, the UAE has a "long and consistent track record of protecting US military technology, both in coalitions where we’ve served alongside the US military and inside the UAE where a broad range of sensitive US military assets have been deployed for many years."

In the meantime, The F-35s will not arrive in the Arab country until 2027. And, despite the fact that the majority of the Democratic party's senators voted against it last year, the Biden administration is moving forward with the deal.

For instance, in April, Senate Foreign Relations Committee Chairman Democrat Bob Menendez of New Jersey and Democrat Senator Dianne Feinstein of California introduced legislation to halt the sale of F-35 fighter jets to the UAE, citing "numerous outstanding, unanswered questions about the implications of this sale for US national security, our technology interests, and implications for regional stability."

According to the report, officials from the Biden administration were still negotiating the terms of the deal with the Emirati government, and they have requested that Israel retain its qualitative military edge, that the UAE ensure that other countries, especially China, do not have access to the F-35 and drone technology, and that the weapons' use in Yemen and Libya be restricted.

“We have a comprehensive security dialogue under way with the UAE where we can and do raise any concerns we have on any issues. That is how we will protect US national security interests across the board,” Navy Cmdr. Jessica McNulty, a Defense Department spokeswoman, reportedly said, referring to the visit of senior US officials to the country earlier this month.

According to the Pentagon's annual report on China's military power for 2020, the East Asian country is very likely to develop additional overseas military facilities in the United Arab Emirates as the two countries broaden contact.