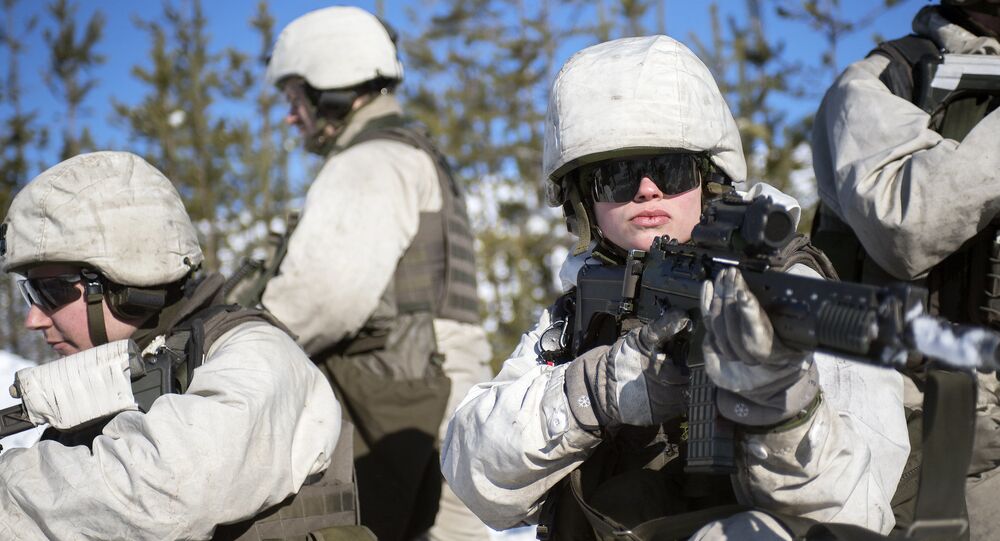 The exercise will see some 7,000 troops, including 2,000 reservists, as well as a task force from neighbouring Sweden.

According to the Finnish Armed Forces, co-training with Swedish troops based on the growing strategic concept of defence cooperation between Finland and Sweden will aid in developing joint operational capabilities and maintenance of a common situational picture.

"The exercise aims at developing the use of firepower, and the performance of troops in the challenging conditions of northern Finland. The extensive exercise will enable practice for cooperation among large troop entities", Colonel Kari Pietiläinen of the Finnish Army Academy explained in a press release.

According to the Swedish Armed Forces, Northern Forest 2021 will focus on both sniper and unit drills, with a special emphasis on the continued development of capabilities in command, collaboration within staffs, functions, and host country support.

The exercise will also be the final war games for Finnish conscripts before being mustered out next month.

The drill kicked off earlier this week with artillery and infantry live fire at the Rovajärvi gunnery range located within the municipalities of Rovaniemi and Kemijärvi.

© AFP 2021 / JONATHAN NACKSTRAND
Finland, Sweden, Norway Sign New Defence Agreement in 'Signal to Russia'
Field combat exercises, the second stage of the drill, will start on 24 May at Rovajärvi, Sodankylä, and Kittilä and end on 2 June.

Due to military drills being cancelled in 2020 and earlier this year, the Finnish Armed Forces emphasised that Northern Forest 21 has been organised in a corona-safe manner with strict safety measures. The troops have been divided into small units that don't meet. The large exercise area of over 1,000 square kilometres makes it easy to deploy troops with intervals.

Sweden and Finland have similar security policy principles and seek to deepen their already extensive defence cooperation. Since 2015, Sweden has been heavily cooperating with Finland both bilaterally and within existing multilateral forums such as the Nordic defence cooperation Nordefco, the EU, the UN, and NATO, despite both nations having so far opted out of the North Atlantic alliance.