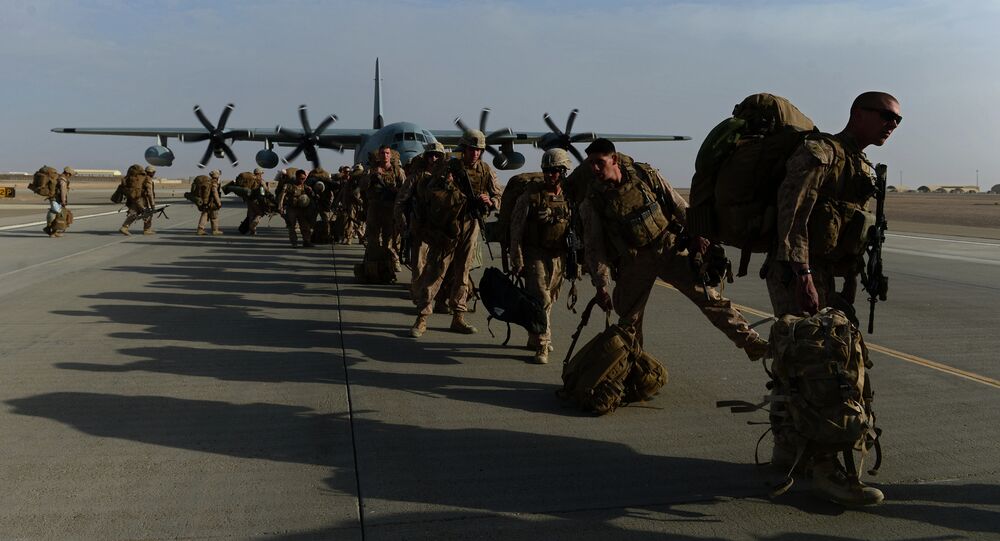 Last Month, President Biden announced that US and NATO forces would be out of Afghanistan by the 20th anniversary of the 9/11 terror attacks. Originally, the Trump administration had planned to complete the withdrawal by 1 May, in accordance with the US-Taliban peace deal signed in Doha in February 2020.

The United States has completed the withdrawal of its forces from Kandahar Airfield, Afghanistan’s second main international airport and one of the US-led coalition’s largest main operating bases, Afghan and US officials have confirmed, speaking to multiple media outlets and news agencies.

“They have not officially handed over the base to us but I can confirm they left the base on Wednesday,” Khoja Yaya Alawi, a spokesman for the Afghan military in Kandahar, told AFP.

A US defence official told Stars and Stripes that the base had indeed been transferred to Afghan security forces, with some coalition forces to remain in Kandahar for “a day or two” for security-related reasons.

The pullout comes amid growing violence around the base, throughout Kandahar province and Afghanistan generally. Last week, Pentagon spokesman John Kirby confirmed that US forces have faced “some small, harassing attacks” amid their pullout. US forces Afghanistan reported “ineffective indirect fire” against Kandahar Airfield last weekend. That attack was reportedly “addressed” with an airstrike.

© Photo : U.S. Department of Defense
Pakistan Rules Out Possibility of Hosting US Troops After Afghanistan Pullout
On Thursday, Afghan media reported that seven civilians were killed and three others wounded after the explosion of two landmines in Kandahar province. The explosion came several days after the government and the Taliban declared a 3-day ceasefire for the Eid al-Fitr holiday.

Kandahar Airfield is a massive military facility with the capacity to house up to 250 aircraft, and has served as a logistics hub, troop transfer area and training base throughout the duration of the 19+ year-long NATO war in Afghanistan. At the height of the war, the facility housed as many as 30,000 troops and foreign mercenaries.

Kandahar is the known birthplace of the Taliban*, and served as the Islamist militant group’s capital during the civil war of the 1990s. The introduction of US and NATO troops in late 2001 and early 2002 was followed by a years’ long insurgency, including direct fighting, suicide bombings, assassinations, and a terror campaign against government facilities, among them schools seeking to provide girls with an education. The Taliban’s predecessors – the CIA-funded Mujahedeen, used similar tactics during the Soviet war in Afghanistan in the 1980s.

© AFP 2021 / MANPREET ROMANA
Taliban Leader Says US Repeatedly Breached Doha Peace Deal
Donald Trump’s Pentagon reduced US troop numbers in Afghanistan to 2,500 by the end of his term in January, in accordance with his plans to pull the US out of the “endless war” in the country by May. The Biden administration froze those plans. Instead, Biden announced last month that US and coalition forces would only begin their final withdrawal starting in May, and complete it by the 20th anniversary of the September 11, 2001 terror attacks – which prompted the United States to declare a “war on terror” and invade Afghanistan, ostensibly to capture or kill terrorist mastermind Osama bin Laden.

The Taliban has accused the US of breaching the Doha deal by delaying the withdrawal, and warned of consequences.

* Designated as a terrorist group in Russia.