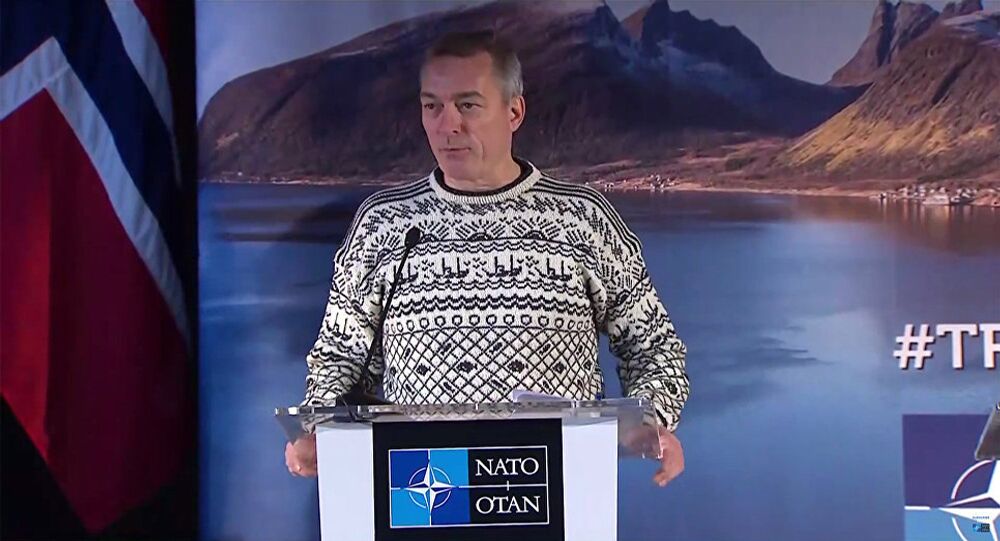 Despite port calls by NATO's nuclear-powered submarines to the civilian harbour of Tromsø triggering broad internal criticism, ranging from locals to opposition politicians, who believe it drags Norway deeper into the superpower struggle, the country's defence minister chose to focus on a similar comment by a Russian expert.

Norwegian Defence Minister Frank Bakke-Jensen has plunged head first into a debate surrounding port calls by NATO nuclear submarines to the Arctic city of Tromsø, which according to analysts and critics alike, endangers the city's position by making it a bomb target.

This idea was largely shared earlier this week during protests against a port call by the USS New Mexico, the first one by a nuclear submarine since 2007, as well as opposition politicians such as Reds leader Bjørnar Moxnes who reiterated his claim that this increases the risk of Tromsø becoming a military target.

Yet, according to Bakke-Jensen, this is proof of Russia trying to gain a veto right over Norway's security policy.

"There is no reason for Russia to react with the rhetoric they are doing now, but they are trying to isolate us from our allies and they are trying to gain a veto right when it comes to security policy in the north", Frank Bakke-Jensen told national broadcaster NRK.

He also shot down the idea the expanded cooperation with NATO in general and the US in particular, which includes the port calls, implies any increased risk.

US Navy
'I Fear That Our City Will Become a Bomb Target': US Sub Greeted With Protests in Norway
Frank Bakke-Jensen flatly rejected the idea that these measures could, jointly with the increased US presence in Norway, increase the risk of a Russian attack or retaliation.

"No, we think that we balance that risk with openness about the exercise pattern in the north, about who is involved, what exactly we drill and where", Bakke-Jensen said.

Overall, he concluded that there is nothing new about such port calls. "We have had them for all these years, even though there was a break for a few years", he said.

The port calls that left the local public deeply divided and apprehensive due to an Armed Forces report that warned of consequences including "death, damage to health over time, or radioactive harm to nature and the environment", come in the wake of other US reinforcements.

Earlier this year, US bombers were stationed at the Ørland Air Base. Last month, Norway and the US signed a framework agreement on expanded military cooperation.

Norway's broadening cooperation with the US, which also includes radar facilities and rotary presence of American marines, has soured relations with Russia amid reciprocal spying accusations, military jet interceptions, and harsher rhetoric.