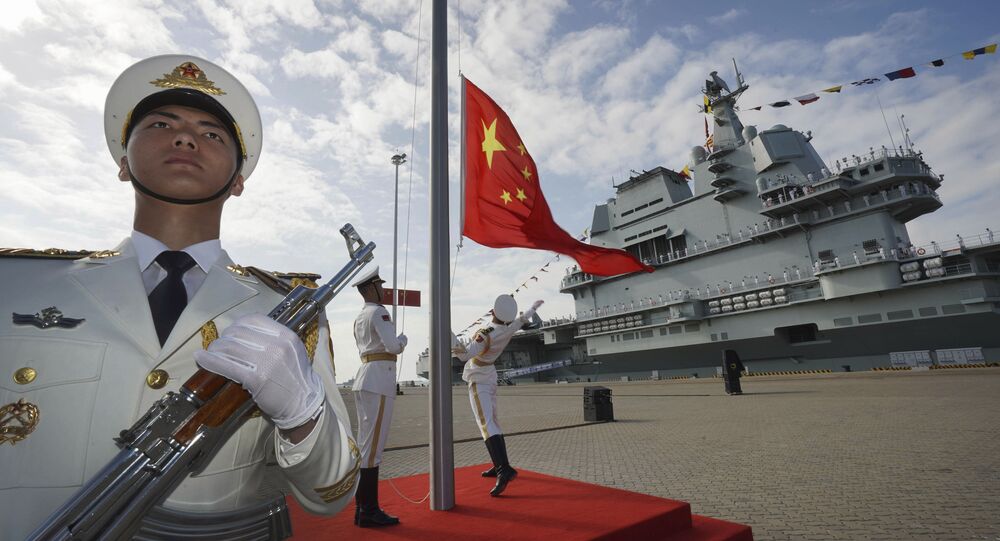 The US’ relationship with China did not get any better when the Biden administration took office, with officials from the two countries openly bickering before the media at a meeting in Alaska hosted by Secretary of State Antony Blinken earlier this year.

Commander of the US Africa Command, General Stephen Townsend, said in an interview that China has been contacting countries in the region to establish a naval facility that would be capable of hosting aircraft carriers and submarines.

"They’re looking for a place where they can rearm and repair warships. That becomes militarily useful in conflict", Townsend told the Associated Press in an interview.

According to the general, China has been in contact regarding the issue with nations as far north as Mauritania and as far south as Namibia.

"They’re a long way toward establishing that in Djibouti", on Africa's eastern coast, he said. "Now they’re casting their gaze to the Atlantic coast and wanting to get such a base there".

© Sputnik
EU-China Deal Derailed? US Crime Spike; Garland Testimony
Townsend said that China’s first overseas naval base, built in Djibouti in 2016, is increasing its capacity, with 2,000 military personnel already there.

The commander also said that China is outmanoeuvring the United States in “select countries” in Africa.

“Port projects, economic endeavours, infrastructure and their agreements and contracts will lead to greater access in the future. They are hedging their bets and making big bets on Africa”.

US Secretary of State Antony Blinken says the relationship between Washington and Beijing is complicated at all levels.

In a recent interview with CBS, Blinken said that the Chinese leadership is striving to make China the dominant country in the world, claiming that over the past several years, Beijing has been acting "more repressively at home and more aggressively abroad".

Earlier, Joe Biden gave a speech accusing Beijing of being autocratic and called on American lawmakers to approve trillions in funding to allow the US to compete with China.

Chinese Foreign Ministry spokesperson Wang Wenbin responded with harsh criticism, saying that the speech was "blasphemy and manipulation of democratic values", and urged for both sides to boost cooperation, stressing that "the key is to have mutual respect".