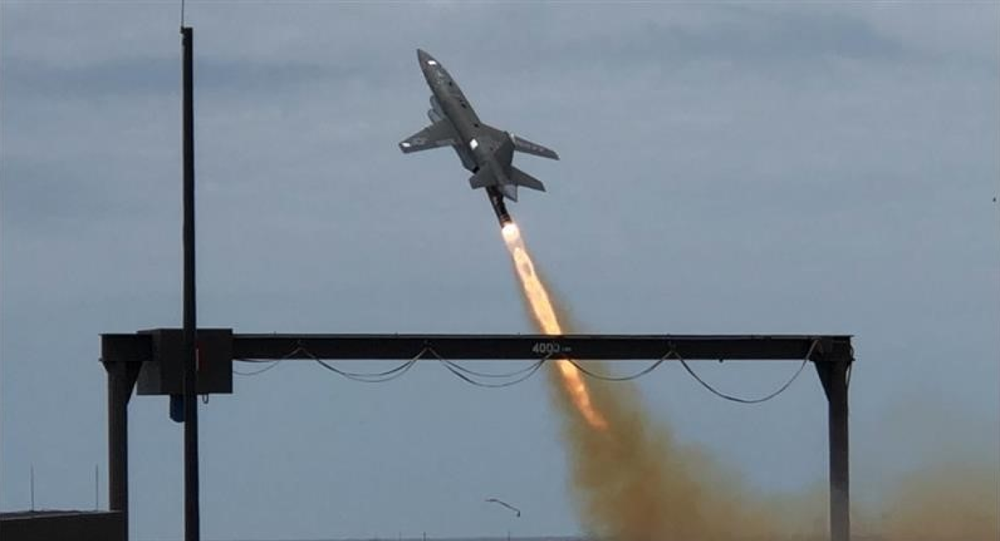 Artificial intelligence is seen as a key component of the next generation of aircraft, both manned and unmanned, and networking them to operate as a cohesive unit over the battlefield is a major focus of projects funded by the Pentagon, as well as other nation’s militaries.

The US Air Force’s Skyborg autonomous AI piloting system took the helm of an aircraft for the first time last week when it flew an unmanned combat aerial vehicle (UCAV) in a test at Florida’s Tyndall Air Force Base.

The Air Force announced on Thursday that on April 29, the Skyborg team conducted a 130-minute test flight of a Kratos UTAP-22 Mako UCAV flown by the Skyborg autonomy core system (ACS), which they dubbed “Milestone 1.”

“We’re extremely excited for the successful flight of an early version of the ’brain‘ of the Skyborg system. It is the first step in a marathon of progressive growth for Skyborg technology,” Brig. Gen. Dale White, program executive officer for fighters and advanced aircraft, said in a press release. “These initial flights kick off the experimentation campaign that will continue to mature the ACS and build trust in the system.”

According to the release, the Skyborg ACS “demonstrated basic aviation capabilities and responded to navigational commands, while reacting to geo-fences, adhering to aircraft flight envelopes, and demonstrating coordinated maneuvering.” It was monitored by both ground and airborne observers.

Skyborg will be the basis of the “loyal wingman” system, which will allow a human pilot in an aircraft to direct one or several Skyborg-linked drones during combat missions. The system will be “attritable,” meaning it can be expended if necessary, such as taking gunfire or a missile intended for the human-flown aircraft like a sort of aerial bodyguard. However, it will also be able to scout ahead, fly diversionary maneuvers, and perform its own strikes according to the pilot’s directions.

Kratos’ drone is just one of several in the running for the Air Force program. Based on the BQM-167 subscale aerial target, the Mako was converted into a UCAV in 2015, but remains launched from a rail using a rocket-assisted takeoff. However, a previous prototype used for early Skyborg testing by the Air Force Research Laboratory, the XQ-58 Valkyrie, flies from runways like a typical aircraft; General Atomics GA-ASI Avenger and Boeing’s Airpower Teaming System (ATS) do the same.

The stealthy Valkyrie isn’t part of the competition with Boeing and General Atomics, but it could still one day receive the Skyborg system. The Air Force is continuing to test it for other uses as well. Last month, a Valkyrie flying out of Yuma Proving Ground in Arizona used its internal weapons bay to deploy an ATIUS-600, a small drone typically launched from a tube that can be used for scouting or delivering very small payloads. In December, a Valkyrie was successfully used as a “translator” for the immense computers on an F-22 Raptor and an F-35 Joint Strike Fighter.

In addition to testing AI for drones, the Defense Advanced Research Projects Agency (DARPA) is also working on an Air Combat Evolution (ACE) AI that will be able to take the helm of a human’s fighter jet in a dogfight, freeing up the pilot to worry about other concerns. The AI has proven capable of beating human pilots in a simulated dogfight, but the greater challenge is convincing human pilots to trust the computer to fly for them in a life-and-death fight.