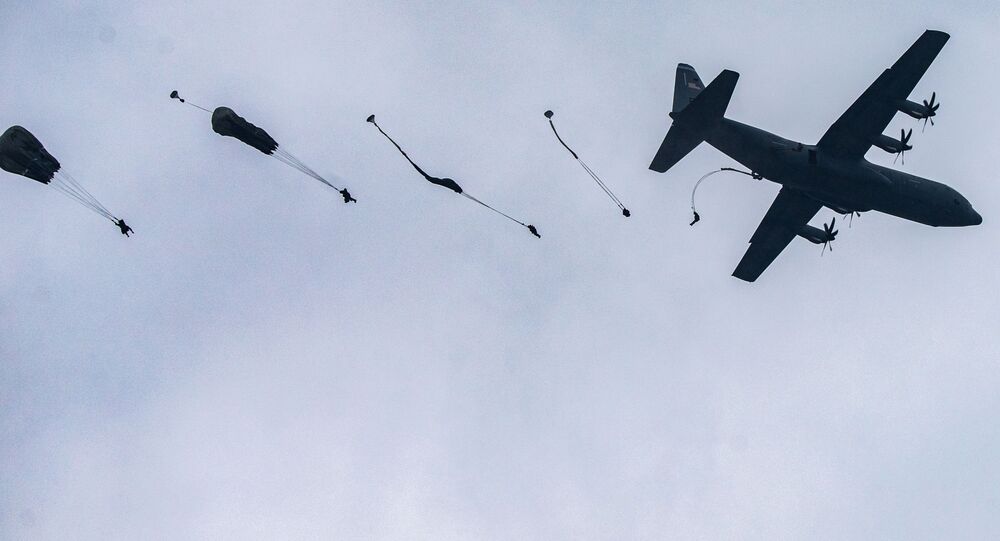 The United States, Canada and Norway are set to join one of EU’s military projects aimed at increasing the speed of troop and equipment deployment in Europe.

"It will be a quantum leap in terms of concrete cooperation," German Defence Minister Annegret Kramp-Karrenbauer said ahead of the meeting with her EU counterparts in Brussels,  the first to take place in-person in over a year.

The EU's Permanent Structured Cooperation (PESCO) pact is aimed at removing red tape that prevents the unimpeded movement of servicemen and military equipment across the European borders. The initiative also includes 1.7 billion euros ($2 billion) in financing for upgrading the bloc's transport infrastructure for these purposes, such as bridges that can no longer safely hold transported heavy machinery.

© AP Photo / CHRISTOF STACHE
Artillery Drills in Europe Aim to Provide Deterrence Against NATO Adversaries, US General Says
The project comes amid NATO’s unsubstantiated claims that Russia may pose a threat to European security. The PESCO is designed to help the alliance with deploying its military amid those fears.

There are 70,000 US military personnel stationed in Europe, while Canada is leading a NATO battlegroup deployed in the region, near the Russian border.

NATO's jets and warships have been increasing the frequency of patrols in the direct proximity of Russian borders. Moscow repeatedly warned NATO's forces against carrying out patrols and exercises so close to Russian borders, calling them "provocations".